Next week, we expect an average of 385 daily flights at Schiphol. Most flights will land on or take off from the Kaagbaan Runway and Zwanenburgbaan Runway. During peak times, which will predominately take place in the mornings and evenings, the Buitenveldertbaan Runway may be deployed as a second runway for landings and take-offs. Aircraft may also land on the Schiphol-Oostbaan during peak times when the Buitenveldertbaan is unavailable (due to the weather conditions, for example). 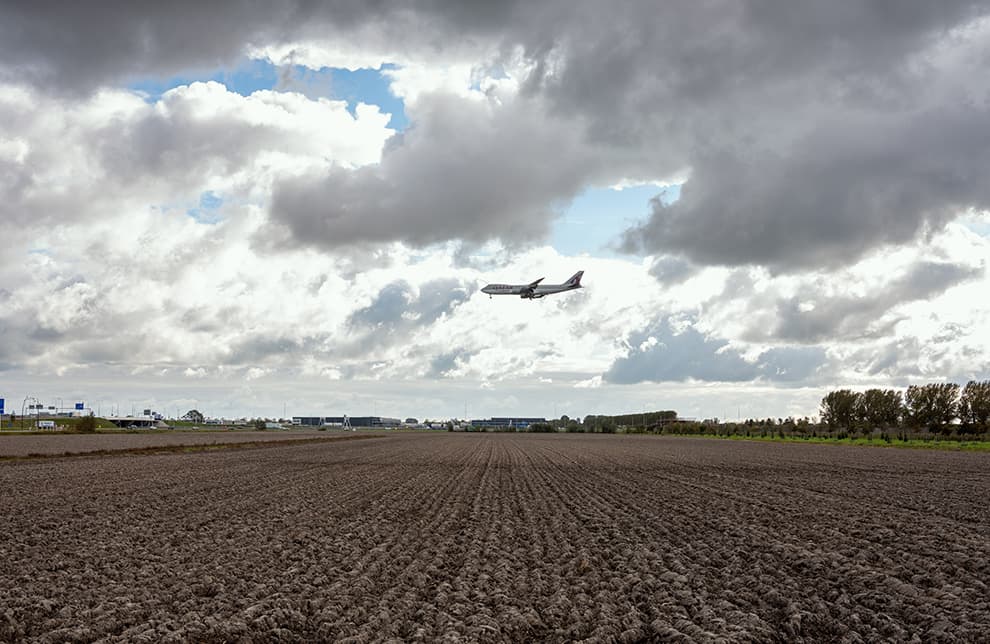 Polderbaan Runway maintenance until 10 May

The stubborn period of frost we had in February has had a significant impact on the major maintenance works on the Polderbaan Runway and to works on the taxiways to the south of the Zwanenburgbaan Runway. Because these works had to be put on hold for two weeks, the Polderbaan will not be available until 10 May. After that, it still won’t be fully available when there is low visibility due to work being carried out on the Instrument Landing System (ILS). You can see the schedule and the impact that runway maintenance has on runway use here.

There were around 399 daily flights at Schiphol in the first week of March. The majority of them took off from and landed on the Kaagbaan and Zwanenburgbaan runways. On four days, the Buitenveldertbaan Runway was occasionally deployed as the main runway for take-off and landing because of minor works and weather conditions. It was also used as a secondary runway during peak times. Due to changing wind conditions on one day last week, the Aalsmeerbaan Runway was primarily deployed as a second runway for landing and was temporarily used as the main runway for take-off and then for landing.