Royal Schiphol Group N.V. is a public limited liability company with a full two-tier board regime. The State of the Netherlands, the city of Amsterdam, Groupe ADP and the city of Rotterdam are joint shareholders. The Corporate Governance structure is based on Book 2 of the Dutch Civil Code, the company’s articles of association and various internal regulations. 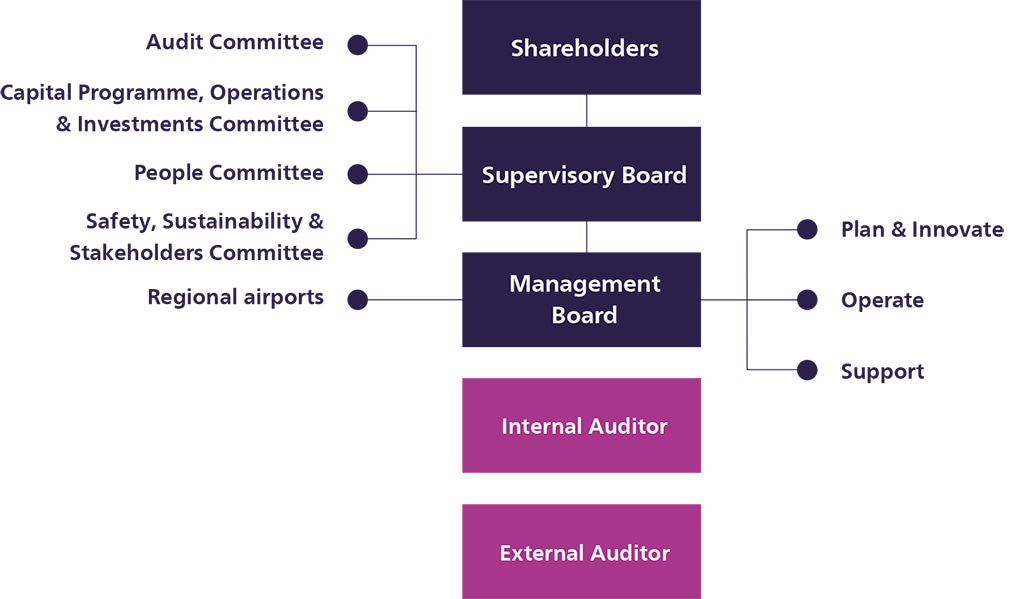 Committees of the Supervisory Board

The Annual General Meeting of shareholders takes place in April at the latest.

The downloads below contain a wide variety of rules, regulations and guidelines that support and convey our Corporate Governance. Among other matters, the Royal Schiphol Group Code of Conduct contains the internal reporting regulations for misconduct and fraud (the Whistle-blower Regulations).