This week the tenth edition of Airports Going Green kicked off in Dallas in the USA. On the first full day of the international conference, Schiphol CEO Jos Nijhuis got a pleasant surprise: an award ‘in recognition of outstanding leadership in pursuit of sustainability within the aviation industry’. 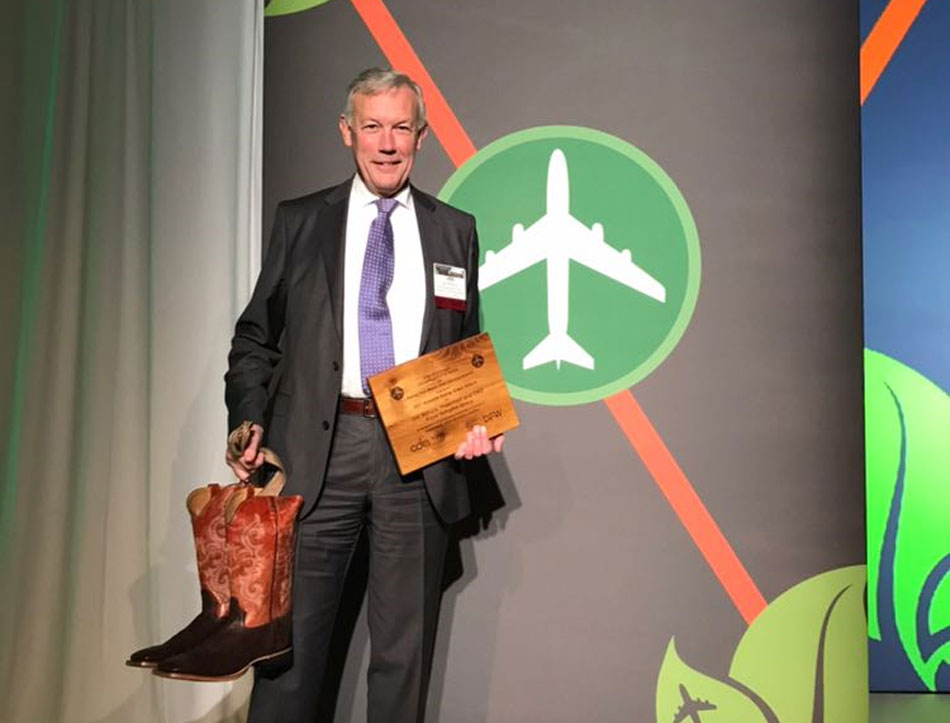 Last year it was Amsterdam Airport Schiphol that hosted Airports Going Green 2016, and it was also partly at Schiphol's initiative that various parties signed an Airports Sustainability Declaration several years ago. Aimed at promoting cooperation, the declaration joins airports in a commitment to share information with each other and work together on sustainability. These efforts are vital to achieve the objectives laid down in the Paris climate agreement.

In 2016, 18 airports had already committed to the Airport Sustainability Declaration. In March 2017, TUI Group became the first airline to join. Now another 12 new airports are signing. Among them are Rotterdam The Hague Airport and Lelystad Airport, bringing all of Schiphol Group into the alliance. We are proud of this achievement!