The combustion of fossil fuels, such as kerosene, leads to the release of ultrafine particles. We also know that these ultrafine particles are in the air around Schiphol. However, we don’t know much else about them. That’s why Schiphol asked the Netherlands Organisation for Applied Scientific Research (TNO) to conduct an investigation. What were the findings and what measures is Schiphol already taking? Here are 5 important pieces of information. 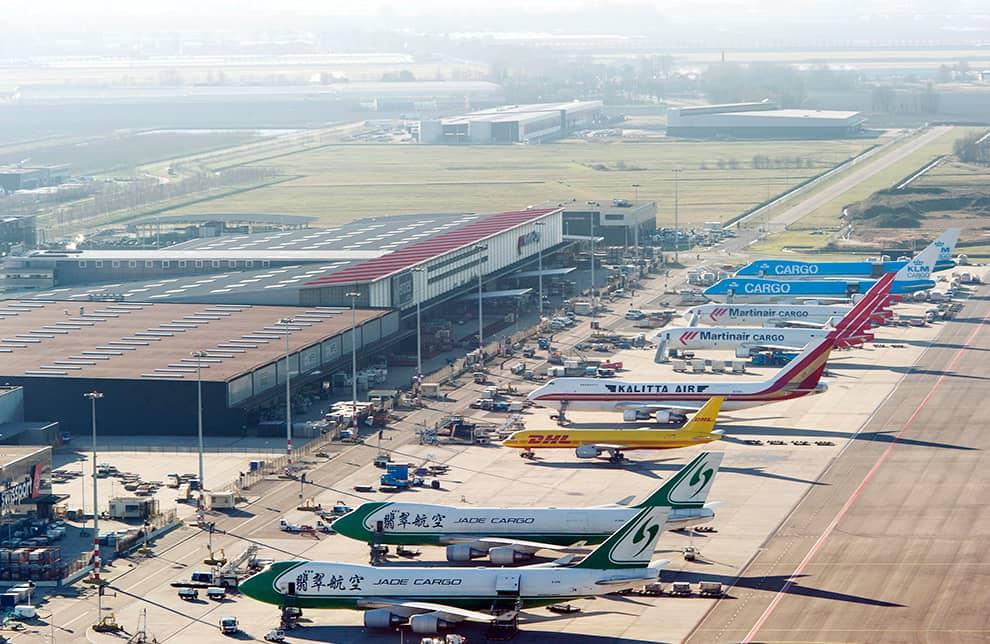 TNO studied the concentrations of ultrafine particles on the platform. Earlier this year, measurements were taken outside in the area around the terminal and piers. It turned out that there are ultrafine particle concentrations of around 100,000 to 120,000 particles per cubic centimetre. By comparison, around 100,000 particles per cubic centimetre have been measured every fifteen minutes in the centre of Rotterdam.

2. This is what we know about the health effects

In anticipation of further research, Schiphol started taking measures to reduce the emission of ultrafine particles years ago. An increasing number of vehicles that we use at the airport run on electricity, such as the buses that take travellers from the aircraft to the terminal and vice versa. Our electric fleet grows year upon year.

We are also reducing emissions by way of sustainable taxiing. Sustainable taxiing is when a plane is towed to the runway by a special vehicle, instead of using its own kerosene-powered engines. As a result, the engines remain switched off for a much longer time. Two new special vehicles will be coming to Schiphol at the start of 2022 for a second pilot study. Together with Air Traffic Control the Netherlands, KLM, Transavia and Corendon, we’ll be looking at the infrastructure, processes and technology we need. We want sustainable taxiing to be standard procedure in 2030. That will lead to a significant reduction in emissions.

Flying is where the biggest gains are to be made when it comes to reducing ultrafine particle emissions. That’s why Schiphol is encouraging a more sustainable aviation sector in a variety of ways. For example, less-polluting planes pay less to land at Schiphol. Furthermore, together with other parties in the sector, we have agreed to increase the proportion of sustainable fuel that is used. And we are investing in the development and scaling up of sustainable aviation fuels.