Our airport fee structure is designed to encourage airlines to use quieter and cleaner planes by charging them less for cleaner aircraft. The charges for cleaner models will be reduced over the next two years, at the same time as polluting planes become increasingly expensive. The take-off and landing procedures at Dutch airports are now set up in such a way as to use as little fuel as possible during take-off and landing, thereby producing lower emissions, including nitrogen emissions. 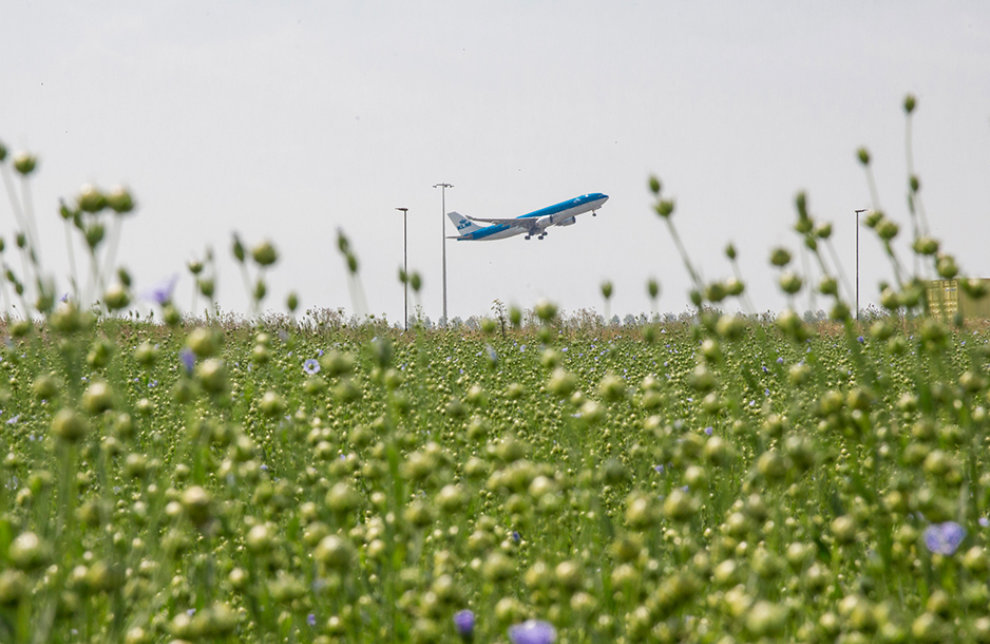 What have we already achieved?

Schiphol has differentiated the airport charges by noise class and by weight, making the airport a global leader in the promotion of increased sustainability. The charges for cleaner models will be reduced over the next two years, at the same time as polluting planes become increasingly expensive. By 2021, the noisiest and most polluting aircraft will cost the airlines 180% of the basic charge, whereas the quietest and cleanest planes will pay just 45% of the basic rate.

Most aircraft at Dutch airports implement a ‘reduced take-off thrust’ procedure. This enables the aircraft to use the length of the runway most efficiently when taking off, so they need less fuel. This procedure also reduces emissions of pollutants such as nitrogen.

After landing at Schiphol, aircraft use their engines to decelerate. Reversing the thrust of the engines causes the plane to slow down more quickly. This reduces the brake pressure on the tyres, which in turn means that the tyres last longer. When a pilot engages the idle reverse thrust, the engines continue to tick over while the aircraft is stationary, and the brakes make greater contact with the tyres. This saves fuel, which reduces emissions.

The Noise Abatement Departure Procedure makes flying more efficient. The wing flaps are retracted as soon as possible, reducing air resistance during the flight. This procedure also saves fuel and reduces emissions. We regret that these adaptations will cause greater noise nuisance in certain places close to the airport and directly under the flight paths. Large areas and areas further away from the airport will however experience less inconvenience.