Air quality at Schiphol and beyond: Research into ultra-fine particles

Good air quality at and around Schiphol is important for the health of our employees and people who live in the area. That’s why we’re working hard to reduce nitrogen oxide (NOx), particulate and ultra-fine matter from aircraft and other vehicles. This can be achieved by offering free clean-power plugs for planes at Schiphol’s gates, which eliminates the need for an aggregate or auxiliary motor. We also encourage everyone to use electric cars, buses and taxis at Schiphol in order to reduce emissions. In addition, we are actively involved with research into air quality. 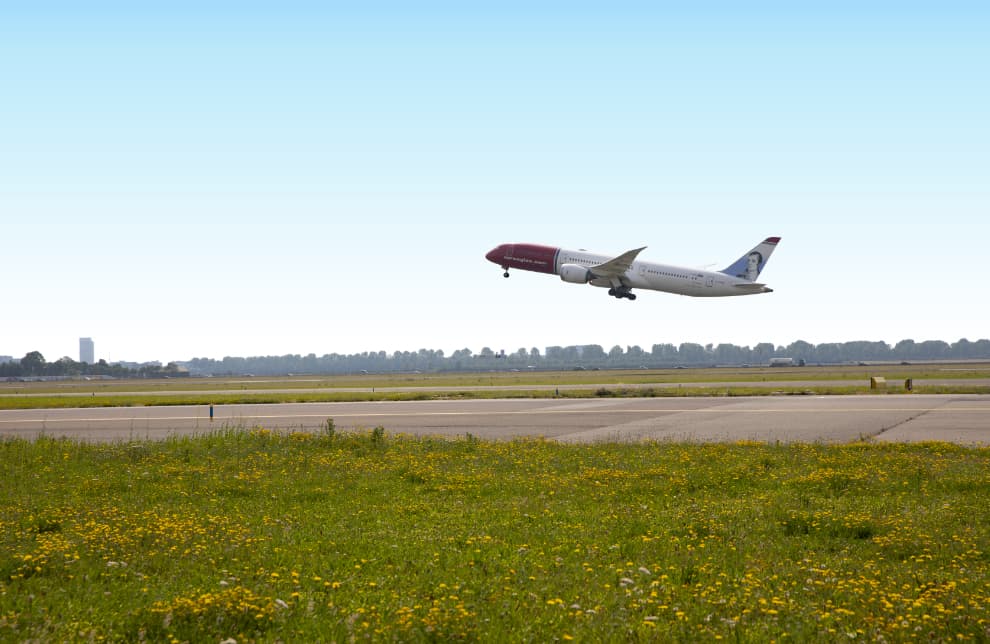 Research was conducted recently by the National Institute for Public Health and the Environment (Rijksinstituut voor Volksgezondheid en Milieu, or RIVM). The results show that air traffic contributions to the measured concentrations of ultrafine particulate matter equate to approximately 50% at 200 metres from the runway, to around 25% at 5km from the runway. Ultra-fine particle volumes in the immediate area depend on wind direction. If the wind comes from Schiphol or a surrounding motorway, the concentration is often higher than if it blew in from a different direction.

The RIVM conducted exploratory research into ultrafine particles around Schiphol and the health risks they pose for local residents. The researchers looked at the extent of exposure to ultrafine particles for young people and adults, as well as their short and long-term risks. The research showed that a short-term reduction in lung and/or heart function can occur in humans with increased concentrations of ultrafine particles. RIVM states that these changes are small on average and do not necessarily lead to immediate health problems. In an earlier RIVM survey, no indication was found that the mortality rates of local residents differ from those in comparable areas in the Netherlands.

Schiphol fully supports these studies and hopes that they will contribute to international knowledge about ultrafine particulate matter and their effects on the environment. Schiphol is also working on a plan to improve air quality locally. It is intended that a joint action plan will be drawn up in 2019 between experts, sector parties, the region and Schiphol, with the goal of further reductions to ultra-fine particles at Schiphol and beyond. In the meantime, you can read about our clean mobility and transport programmes that are already underway and reducing ultra-fine particulate matter from vehicles.

Air quality is measured at 3 points around Schiphol by the Dutch government. You can read more about the data collected, as well as further information about the air quality measurements, at www.luchtmeetnet.nl.