Schiphol Real Estate and demolition firm Lek Sloopwerken have successfully completed the circular dismantling of Cargo Building 18, adjacent to the Kaagbaan Runway. The steel structure, weighing over 2,000 tonnes, was dismantled in six months using a method that will allow the new owner to rebuild it close to Amsterdam Airport Schiphol. This innovative approach to dismantling a building is a first for Schiphol Real Estate. 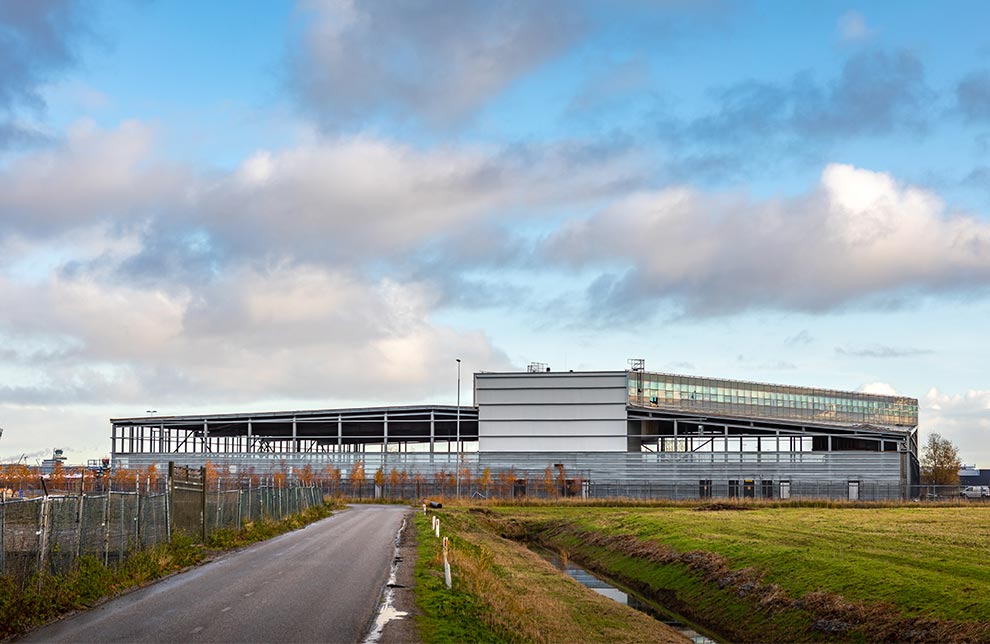 The entire structure has now been dismantled and moved to its new location. This includes 2,000 tonnes of steel construction, approximately 82,000 manually removed screws, 15 flights of concrete stairs, 11,000 m² of roof insulation and 11,000 m² of roof covering. An additional 16,000 tonnes of concrete, removed during the dismantling of Cargo Building 18 is used for other purposes at Schiphol. For example, a significant part will be used in the airport's taxiways instead.

The cargo building had to come down to make way for the completion of Schiphol’s expanded dual taxiway system for aircraft. Because it was a relatively new structure, traditional demolition was not seen as a responsible option. In its demolition tender, Schiphol Real Estate therefore established a couple of key parameters: the amount of materials that could be reused and the distance they would have to be transported to their new location. To give the market a good indication of the possibilities, a materials passport was drawn up, detailing the quantities and status of all the materials. On this basis, Lek Mining was able to close the deal for selling the entire building to a client in the vicinity of Schiphol.

The circular approach to dismantling of the cargo building has generated far less CO2 emissions than more traditional approaches to recycling. The dismantling of the 2,000-tonne steel construction alone resulted in a reduction of over 3 million kg in CO2 emissions, as calculated by the Slim Slopen Tool, the gold standard in the demolition world.

Would you like to know more about the dismantling process? In the very first vlog by Schiphol Real Estate, you can watch how Cargo Building 18 was dismantled in a circular manner. Click here to watch the vlog.

In addition to the vlog, a time lapse was also made capturing the progress of the project. You can watch six months of work shrunk down into about one minute.

Want to find out more about renting space at Schiphol?
Don’t hesitate to get in touch.