News: “A smart way to meet the increasing demand for charging points”

More and more companies are switching to electric vehicle fleets, boosting the demand for charging points at office locations. A challenge for building managers, who are hitting the limits of the power infrastructure. Now Schiphol Real Estate is implementing an innovative solution at one of its buildings, The Outlook: charging stations which supply dozens of cars without overloading the grid. How have they managed that? An interview with Casper La Grouw, Project Manager at Schiphol Real Estate, and Tom Kraaij, Business Architect at ENGIE Infra & Mobility. 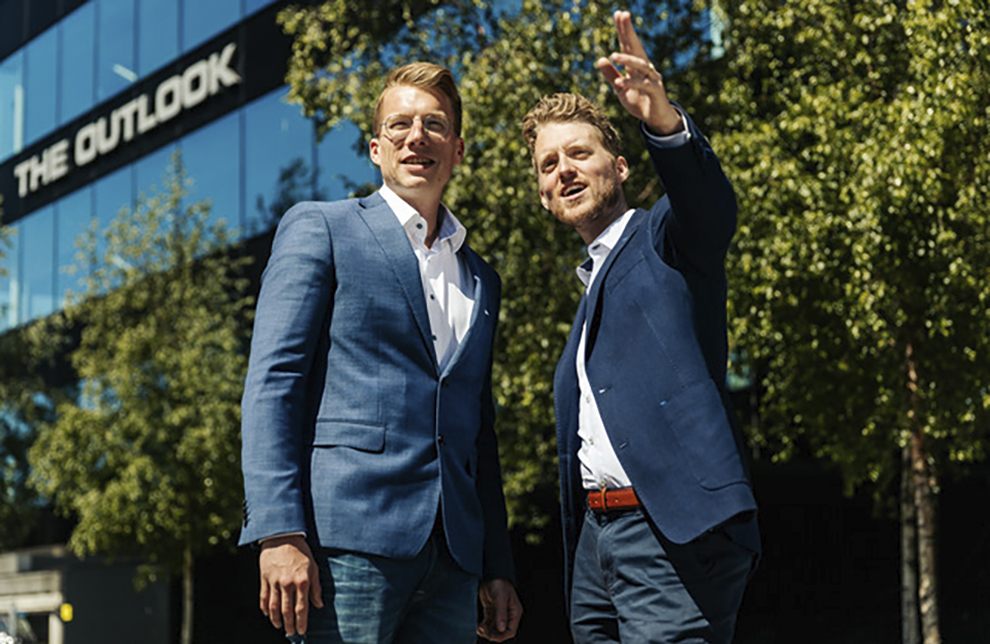 Why a new system for charging cars?

Casper La Grouw: “Our tenant at The Outlook wanted us to provide fourteen additional charging points, but the existing infrastructure wasn’t up to that kind of expansion. So together with our energy partner, ENGIE, we looked beyond traditional solutions and came up with a smart new system able to cope with no fewer than 42 extra points.”

Tom Kraaij: “We could have just expanded capacity, but at these high power levels that’s very expensive. And less sustainable, of course.”

Casper: “That’s why we were immediately enthusiastic about Tom's suggestion: not to expand, but to use the existing system in a smarter way so as to meet the increase in demand. A solution which dovetails perfectly with our strategy to create a Smart AirportCity. In my opinion, that makes it a no-brainer.”

Forty-two new charging points without expanding capacity. How is that possible?

Tom: “Compare it with a house. If you want three ovens in the kitchen, you should really create three separate electrical groups. But in practice those ovens never all run at full capacity at the same time. So you can connect them to one group, in a smart way. You just have to limit how they can be used simultaneously: one at 200 degrees, another at 150 degrees, the third at 100 degrees. We are applying the same principle at The Outlook, although in fact we go even further. Using sensors, we continuously measure how much power is available in the group box. The signal from the sensors controls the charging points. In this way we can always send all available power in the group box to the charging points, without blowing a fuse. It’s called dynamic load balancing: we balance the distribution of energy from the building supply to meet the demand from the vehicles. In that way you draw maximum capacity from the existing power system.”

Casper: “The great thing is that there’s no compromise on convenience. Quite the contrary, in fact: these are very fast chargers. Three-phase charging stations with a capacity of 22 kW. Our tenant has a lot of people driving Teslas, which support that high charging speed. You can imagine how pleased they were when we announced this plan.”

You also are conducting a test with cars which return power to the building. How is that going?

Casper: “As well as forty normal chargers, there are two bidirectional ones. These literally work both ways: power goes from the building to the car, but also from the car to the building. This means that we can use energy from the vehicle’s battery to offset peaks in electricity consumption in the offices. First thing in the morning, for example, when all computers are switched on. Or at lunchtime, when the kitchen uses a lot of power. If you can cope with these surges, that adds a great deal of flexibility and you avoid having to make a huge investment in the grid connection. With bidirectional charging, you actually use cars as an alternative source of energy.”

Can such a large building really benefit from just a couple of car batteries?

Casper: “Absolutely. Look at it this way: when those two electric cars are contributing their power, they can fully light two floors of the building.”

Casper: “Remember, too, that the peaks in demand for energy often last only a short time. So even if you can supply the building with extra power from a car battery for just fifteen minutes, you are already making a big dent in the peak demand on the grid.”

But don’t drivers want their batteries charged as quickly as possible?

Casper: “They do, and that’s what we’re giving them. At the moment, the system is only being used for charging. In the nearby future, however, as they arrive drivers will be able indicate on a tablet when they expect to leave again. In this way we can guarantee that their car will be fully charged when they return to it, even if the battery is used at peak times to help power the building.”

Tom: “The system has to be invisible to the drivers. When they leave, they shouldn’t even notice that the lights in the office have been running off their battery. For this reason, we always set a lower limit. We never let the battery level fall below, say, 60 per cent. So even if the driver returns earlier than planned, there is still enough range.”

Casper: “It also helps that the demand peaks are concentrated in the morning and the early afternoon. That leaves plenty of charging time for the rest of the working day.”

Is bidirectional charging not harmful for the battery?

Tom: “We’ve investigated that in a battery laboratory at ENGIE. We looked at a normal driving cycle – acceleration, cruising and deceleration – and at a charging and discharging cycle. And what did we find? It turns out that the driving cycle does much more harm to your battery than charging and discharging. And there is no difference between the cycles when it comes to battery life. In any case, on average these batteries last longer than the cars they’re in.”

Casper: “But if there are any real concerns about wear and tear, we will of course inform users.”

How do you prevent everyone choosing a ‘normal’ charging point rather than a bidirectional one?

Casper: “Good question. That is something we’ve thought about, but we haven’t yet made a final decision. Various solutions are possible, including a financial incentive. For example, offering free charging at the bidirectional points. It could also be that the employer develops policies to encourage their use.”

Tom: “For the user, it’s a plus that the bidirectional chargers are fast. They work on direct current, like the car battery itself. Because of this, the vehicle doesn’t have to convert the current. Which speeds up the charging process.”

What are your plans for the future?

Tom: “We’re already working together to develop the systems of the future. We face a huge increase in the demand for power from the ever-growing fleet of electric vehicles, so it is becoming more and more relevant that we balance its distribution between them and the grid.”

Casper: “This new system will be fully operational very soon. We can then test whether it lives up to the promises we have derived from data analysis. How does it work in practice, for users and for the building? After that, the possibilities are endless... This really excites me! In theory, we could apply this technology everywhere: not just in other office environments, but perhaps even at the long-stay car parks for passengers. And we could combine it with other innovations, too: solar panels which feed power directly to the chargers, for instance. That would be more efficient, cheaper and more sustainable. All in all, the puzzle is growing all the time. And becoming more and more fun.”

Want to find out more about renting space at Schiphol?
Don’t hesitate to get in touch.