Carrying out construction work in the middle of a full departure hall is one of the challenges we have taken on recently, and it’s a big one. Imagine having to build a new security filter while you still have to use the current one – a virtually impossible mission! Which is why Project Manager Erica Esveld is leading the construction of a temporary security filter ... above Schiphol’s Cockpitplein. 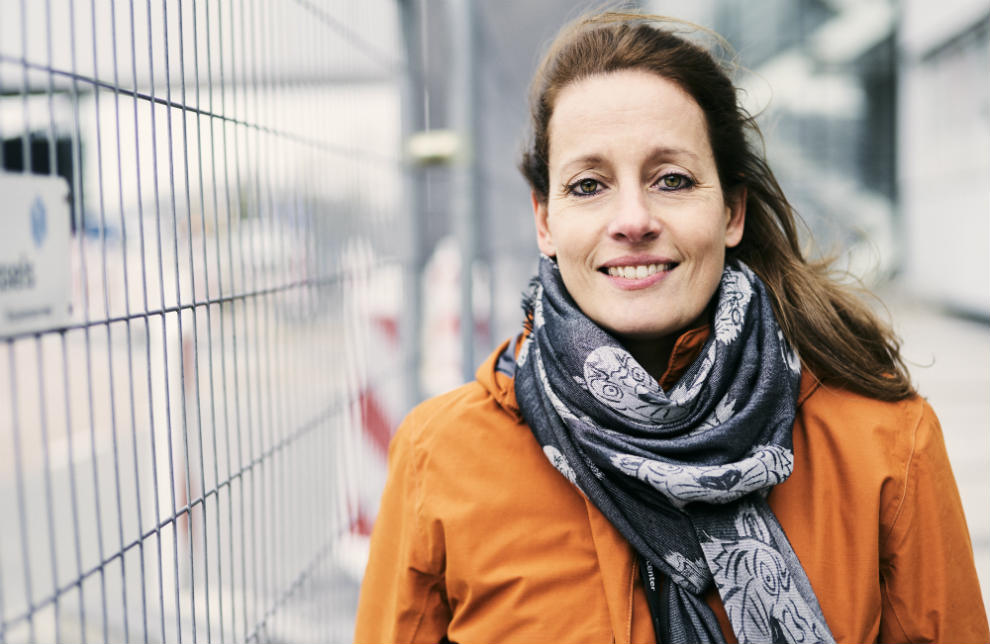 A serious need for capacity

Above the Cockpitplein – between Skyport and Baggage Reclaim South – Amsterdam Airport Schiphol is building a temporary security filter. And we mean temporary: we estimate that it will only be in use for between six and nine months. The reason for this is that several security lanes in security filter 1 will be out of service because they are in the construction zone for redevelopment of Departures & Lounge 1. ‘We just can’t do without that capacity,’ Erica Esveld confirms. ‘In fact, one of the most important reasons for the redevelopment is that we need even more space for security. So we’re building a mezzanine floor with many more security lanes than we have ever had before.’

The mezzanine floor which will soon house the security filter in Departure Hall 1 is currently under construction, partly above the existing filter on the ground floor. ‘The new staircases and lifts will be installed right next to the existing security filter,’ Erica explains. ‘That’s why we have to temporarily move to another location, to give us the space in the coming months to carry out fast, efficient security checks.’

That means that the temporary security filter will be constructed above Cockpitplein. ‘There will be a total of eight lanes for security checks of travellers and their hand baggage,’ says Erica. ‘At a later stage we will move those lanes to the new mezzanine in Departure Hall 1.’ Passengers heading for the temporary security filter in the near future will get there through the corridor of the temporary Departure Hall 1a. ‘Once they’ve been through the checks, they’re already well on their way to the BC corridor that leads to their pier and their gate.’

The temporary security filter will be in use for a few months, after which the building will remain active for around four years. ‘Then it will be assigned a different function.’ The building will only have a first floor. ‘It does look a bit like a table,’ Erica admits: ‘a floor on stilts.’ The foundations are already in place, although Erica explains that that was another big challenge. ‘We found a real spaghetti of cables and pipes underground, and there were still old foundations in the ground.’

A comprehensive soil survey enabled the contractors to get the foundations in place in the end. ‘And without cutting any cables!’ claims a proud Erica. ‘That was a really stressful time, because there were important pipes and cables in there. Many of them were serving Schiphol Plaza, so we couldn’t afford for anything to go wrong.’ What does Erica see as the greatest challenge in the near future? She doesn’t need much time to decide. ‘Staying on schedule. The renovation of Departure Hall 1 is developing fast, and this project is part of that greater whole. That makes it tricky.’ But she also says: ‘It also makes it dynamic. We’re building something people really need, and soon.’