The new terminal at Schiphol is being built next to the air traffic control tower: right on top of all the cables and pipework that keep essential installations such as that tower working. That’s a lot of cables. The man responsible for re-routing the cables to free up the space for the new terminal is energetic project coordinator Steffen Kolfschoten. 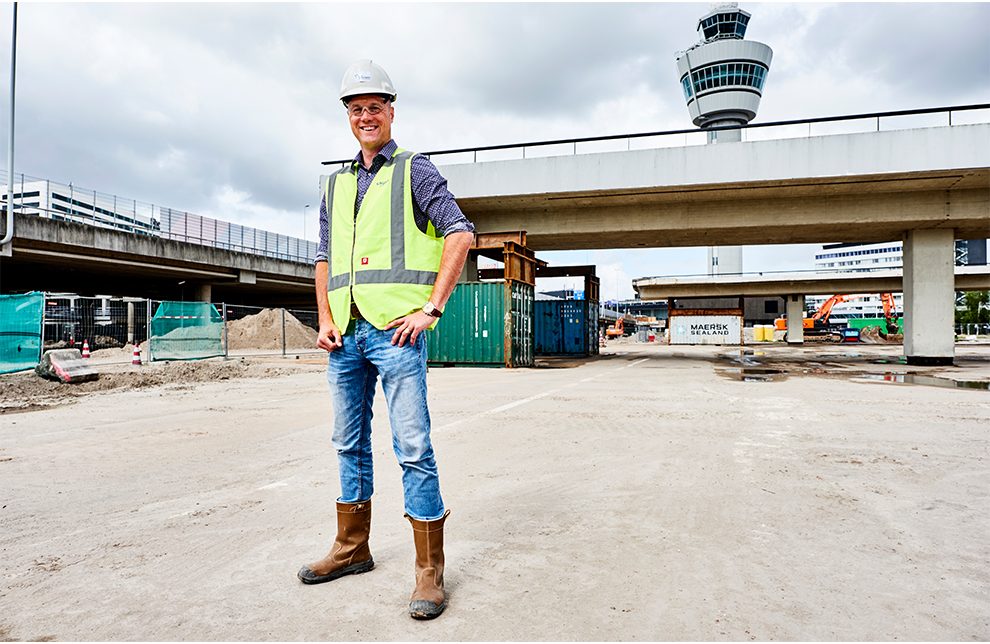 From Amsterdam to Rotterdam

The project will involve re-routing a total of 200 different cables and laying 40 km of new pipelines and 80 km of new cables. To put that into perspective, that’s roughly the distance from Amsterdam to Rotterdam. According to Steffen, who is coordinating this immense project, ‘This will be the biggest re-routing project ever of cables and pipelines at Schiphol. That’s a lot of work.’

In addition to being the biggest, Steffen also refers to this as his most intense project. In his words, ‘We’ve got all the cables and pipelines literally in our hands, from gas and sewage pipes to all the data cables. The cables for shops, hospitality venues and cash machines – not to mention cables serving the air traffic control tower – run right through the heart of Schiphol, precisely where the diggers are about to start work. Re-routing all these lines will free up space to construct the new terminal.’ 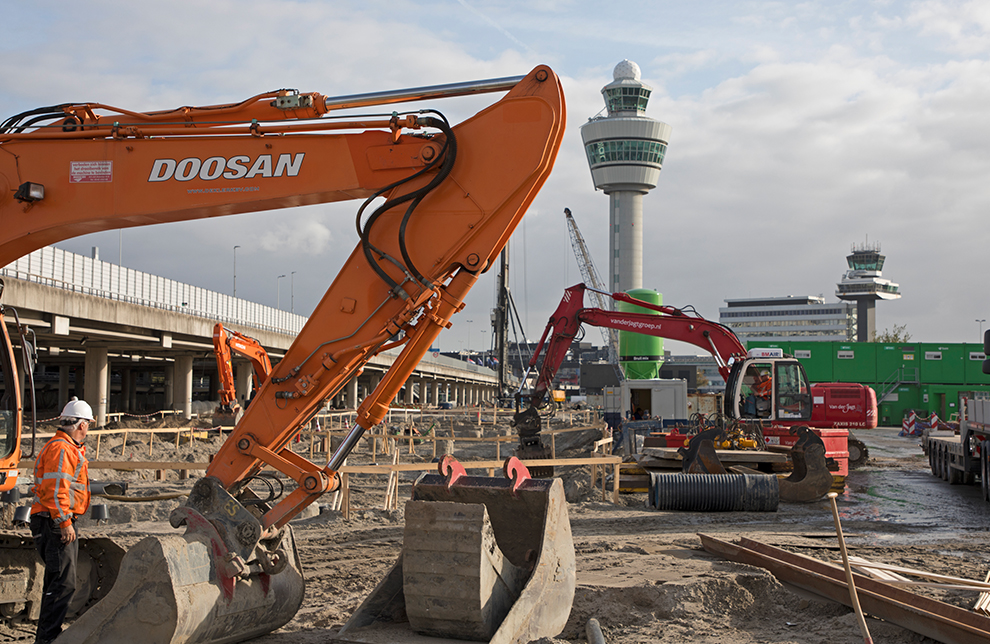 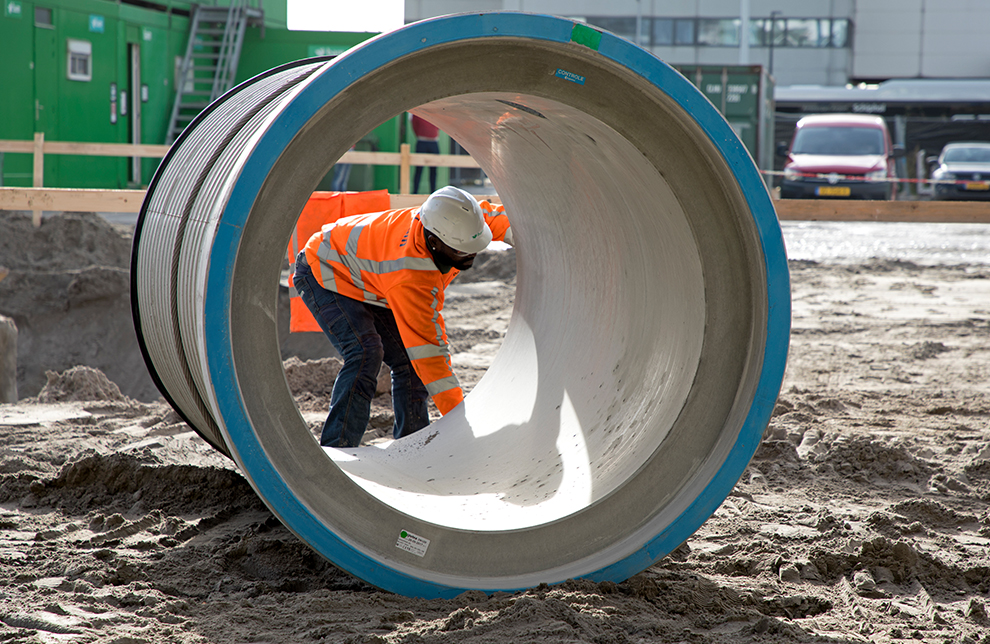 Steffen and his team could find almost anything whilst digging underground. ‘Although we’ve documented everything properly over the years, when you dig anywhere in the Netherlands you always come across undiscovered treasures.’ There are sure to be more surprises in store. As well as the old pipes and cables, there is still a chance that the team will encounter unexploded bombs in this part of the Schiphol site. ‘In the preparation phase we did everything we could to get an accurate picture of what’s underground, but there’s always an element of the unexpected.’

The new network of cables and pipes has to be operational by July 2019, when the old network will be removed. That transition is a crucial moment. ‘It means that the old data connections will be briefly disconnected so the new ones can be connected.’ This will not affect the air traffic control tower, because that installation has redundant data connections, but it will have an impact on the shops and machines in Schiphol Plaza. ‘That’s why we’re coordinating that part of the project with the shopkeepers, the owners of the bars and restaurants and other stakeholders. And of course we’ll arrange for it to take place at a time when it will inconvenience as few people as possible.’