The Schiphol terminal is surrounded by taxiways - almost all of which have two lanes – that handle the flow of departing and arriving aircraft. The ring they form, however, is not complete. Between the Kaagbaan Runway and Zwanenburgbaan Runway, planes must make do with a single lane taxiway: Quebec (which also includes a viaduct that goes over the A4 motorway). We are going to make this a dual taxiway. By doing this, aircraft will be subject to shorter waiting times and won’t have to queue. The changes made to Quebec will also create a more manageable situation for Air Traffic Control.

Completing the circle for an even safer future of Schiphol

A second viaduct over the A4 motorway, the relocation of buildings, finding new locations for tenants and much more besides: making Quebec a dual taxiway is a complex task. But an important one. The independent traffic flows will help Air Traffic Control to manage the situation, thereby reducing operational risks. Aircraft will also not have to wait as long to use the taxiway. Safe and future-proof.

Required for the completion of the dual taxiway:

The new taxiway will be built in two phases. We’ll start using the new viaduct at the end of 2021, but we’ll still be making adjustments to the lanes. After that, the current taxiway will be rerouted. 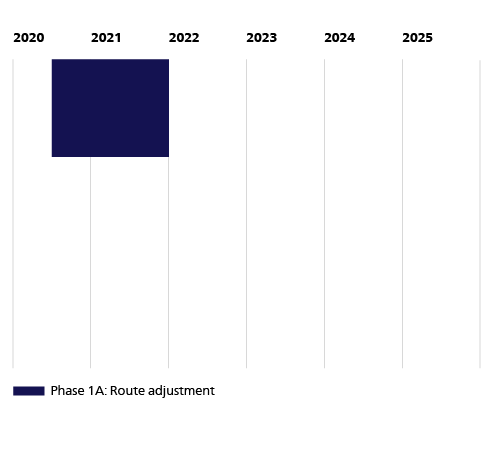