‘For the construction of the new terminal, everything that’s in the way needs to be removed.’ These, in a nutshell, were the instructions given to project manager Peter van Wijk. And as it turned out, Havenmeesterweg was ‘in the way’. So what now? He faced a series of challenges, from ‘shoehorn management’ to the birth of a brand-new road: Koepelstraat.

Havenmeesterweg is set to disappear forever, with effect from 15 December 2019. In its place, there will be nothing but construction traffic. The reason for this is that the new terminal will be right in the middle of this road. ‘The air traffic control tower on the north-east side of the road will stay, and so will the KLM catering building on the south-west side. The new terminal will be in the area between that.’ 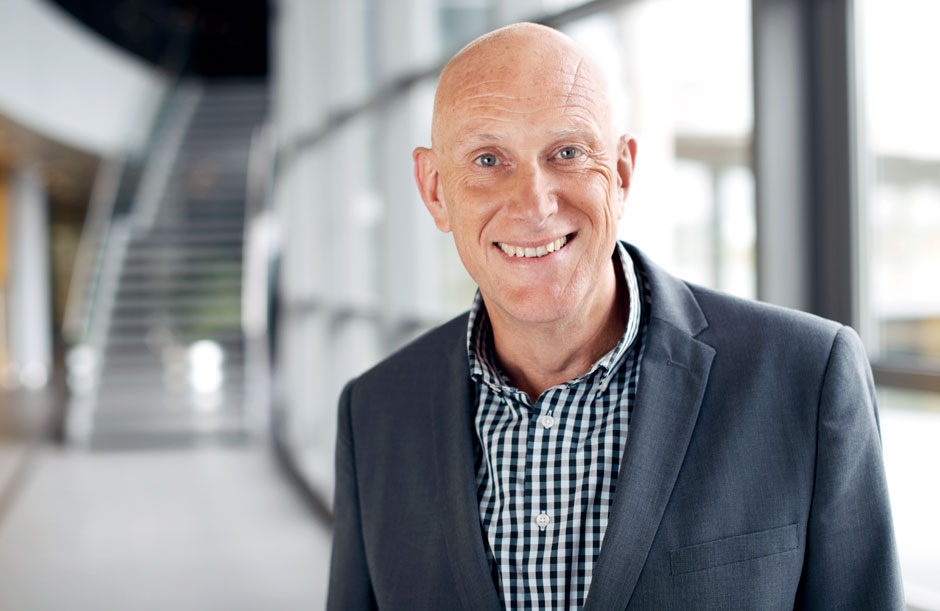 Can you remove a road, just like that? ‘The land is owned by Schiphol. That makes it slightly easier for us, but the road still has public status. That’s why we need to abide by municipal and national permits and guidelines. Obtaining permission to remove Havenmeesterweg involved quite a complex legal process.’

Saddled with a job

The main users of Havenmeesterweg are taxis, buses, suppliers and staff. For them, it's one of the most important roads in the Schiphol-Centre Area. But where do you divert all that traffic if you close this road? ‘When I asked this question at a meeting, the job of answering it was placed on my shoulders.’

This involved tackling countless challenges. Obviously, it soon became clear that a new connecting road was needed. But where should it be? And what problems was it likely to cause?

‘Looking for a solution airside wasn’t an option, because it’s obviously easier to divert a bus than an aircraft. So it needed to be landside. Most options seemed to work, but the knock-on effects landside were enormous. It soon became clear that the lack of space above ground was not the only problem.’

All of the airport’s main pipes and cables

‘The biggest problem turned out to be underground. All of the existing terminal’s main pipes and cables are underneath Havenmeesterweg, from sewage and gas pipes through to power cables. For example, they include the main gas pipe that enables the burger bar in the existing terminal to fry its burgers. Fortunately, we still had enough time to explore all the options for solving this issue.’

‘Cables and pipes need space. You can’t throw them all on top of each other because you need access in order to maintain them. Besides that, some cables have an influence on others. For example, you can’t put a high-voltage cable anywhere near copper cable used for telephone traffic. Put it this way: it would seriously disrupt our conversations.’

Inspection hatches in the road surface

This was another problem that needed sorting out. ‘Together with Arcadis (design) and contractors BAM and Royal HaskoningDHV we came up with all kinds of technical solutions for accommodating all the cables and pipes in this place. This involved modifying the design of the foundations for the Ceintuurbaan-Zuid viaduct, enabling all kinds of cables to run across it. There are also inspection hatches and extra manholes in the road surface.’

With all these problems in mind: why was this location still the best choice for building the new Koepelstraat? ‘Schiphol Centre is full. We had to look very closely to find a small place where we could put the new connecting road. There was no other option. It’s a case of what I call ‘shoehorn management’. We had to squeeze the new road in, just managing to meet all of the requirements.’

‘The challenge at the airport is not really building in itself’, explains Peter. ‘The challenge at Schiphol is actually ensuring that you can build. Everything is so tight and interconnected: wherever you are on a map, if you do something in one place, it can have a knock-on effect somewhere else. Everything is interdependent. Besides that, the airport needs to remain operational. Nothing is permitted to fail or go wrong.’

Air traffic controllers in the dome

Where does the name Koepelstraat come from? ‘At Schiphol, we have a lot of street names associated with aviation. This new street runs past the traffic control tower. The top part of the tower, or dome, is called ‘de koepel’ in Dutch and is familiar to staff at Schiphol. That’s where the air traffic controllers work, at a height of 80 metres. Hence the name: Koepelstraat.’

From 15 December, everything changes

For the time being, the cycle paths and pavements will not be replaced, because the land alongside Koepelstraat is set to become a massive building site for the construction of the new terminal. Alternative routes for cyclists, pedestrians and other road users can be found here.

On 15 December 2019, will there be celebrations to mark the opening of the new Koepelstraat? ‘The closure of Havenmeesterweg is only a small step in the process of eventually building our new terminal. In my experience, the opening of a new road is not generally celebrated. What usually happens is this: if everyone is up in arms the day after and it’s all over social media, that’s when you know that something hasn’t quite worked out as it should. If you hear nothing in the days that follow, it probably means you’ve done a good job. It seems that everyone assumes everything will go well, but when you’ve been directly involved in a process like that, you know that you can’t take anything for granted.’