The Schiphol terminal is surrounded by taxiways, almost all of which are dual taxiways. They handle all aircraft that arrive at and depart from the airport every day. There is still one part between the Kaagbaan Runway and Zwanenburgbaan Runway, where aircraft go over the A4 motorway, that has just one lane: Quebec. To make the dual taxiway system complete, we are going to make Quebec a dual taxiway as well. Over the past few months, a lot has changed in and around Schiphol because of this project. 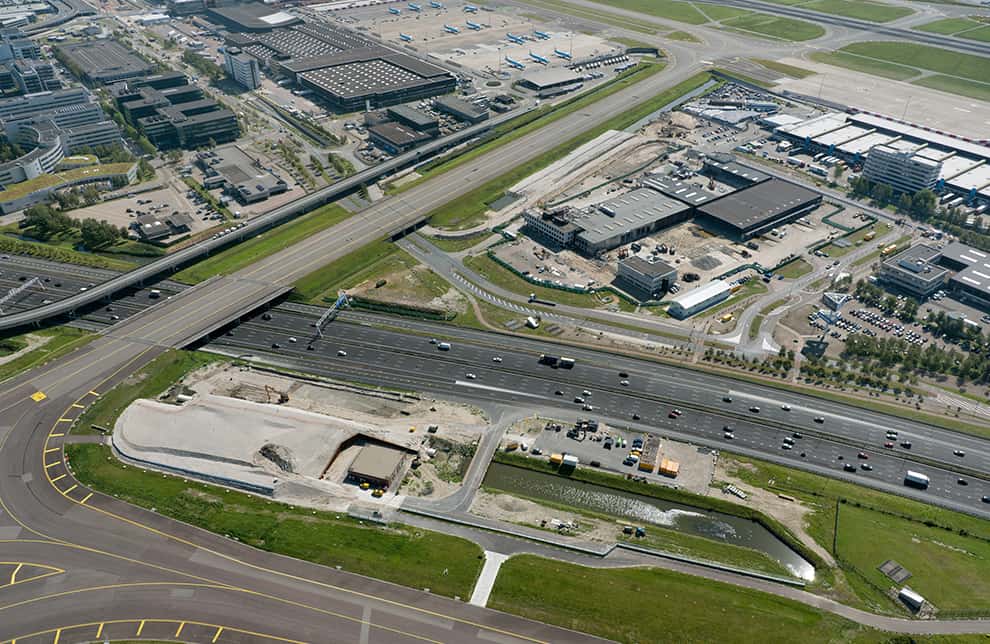 To turn Quebec into a dual taxiway, a second viaduct over the A4 motorway needs to be built. This requires a lot of space, which is why we, together with BAM, Lek Mining and GBN Group, started demolishing buildings on the Snipweg and Pelikaanweg roads at the start of July. The most circular demolition possible was carried out, because circularity, recycling and encouraging the reuse of materials are important objectives for Schiphol. For example, Roof2Road removed 22,000 m2 of roofing from the knocked-down buildings and turned it into 8,800 tonnes of asphalt. The material from the buildings is properly separated and cleaned before it is delivered. And that means various piles of different materials everywhere. 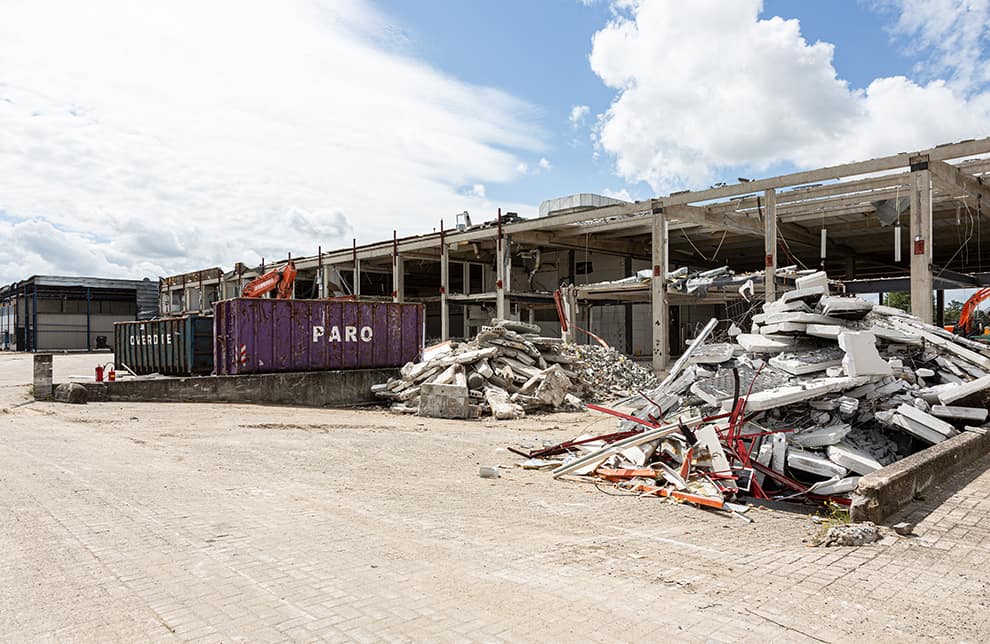 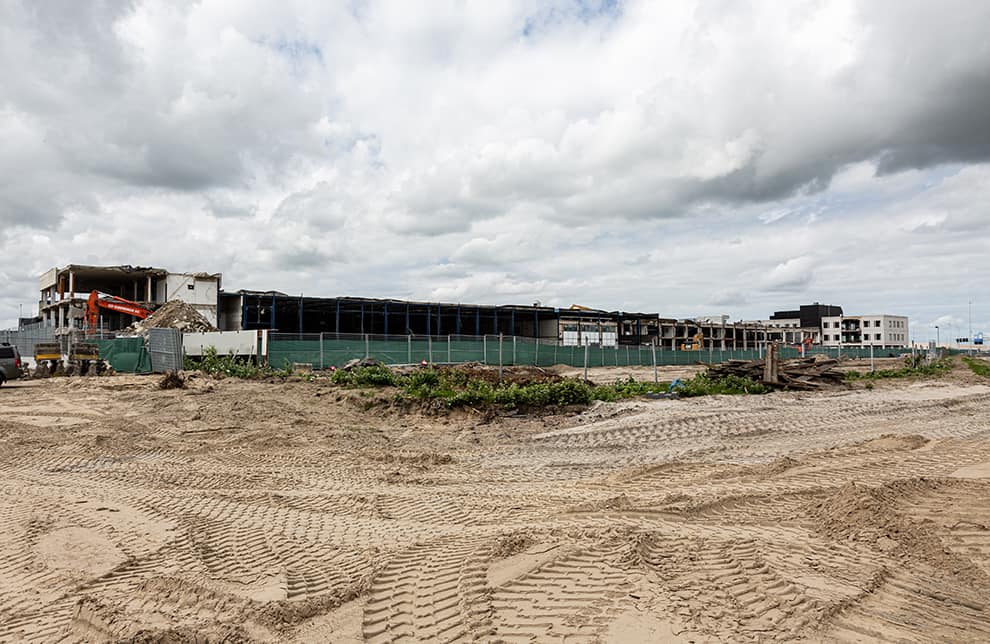 A total of 352,580 tonnes of sand has been deposited along the A4 in order to raise the new and existing taxiways to the same level as the new viaduct, and to allow the sand time to settle. This is to prevent cracks or abrasion marks from appearing when we lay the asphalt (and the foundations). 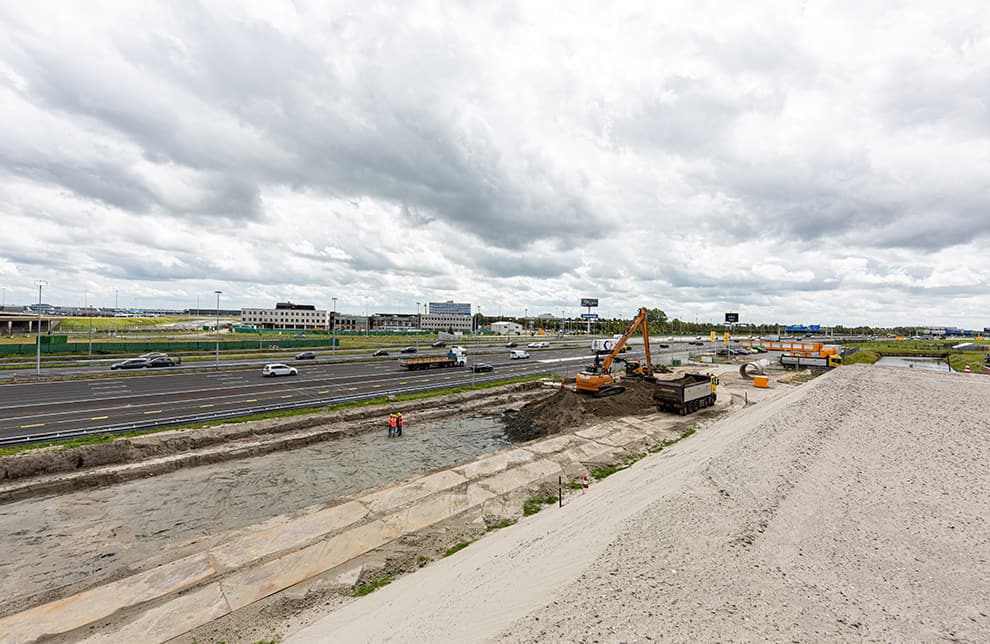 Additional work had to be done on the motorway itself. For example, a traffic portal - a support structure spanning multiple lanes on which speed limit and road signs are placed - above the A4 was removed. This was necessary in order to make room for the viaduct. The old portal couldn’t be placed in the new location due to the presence of train and bus tunnels, meaning that a longer portal was needed. A new portal was therefore installed around 170 metres away from where the previous one was located. At 86 metres long, this new construction is one of the longest in the Netherlands. It was brought to Schiphol in one piece from Oud-Tonge (South Holland). The A4 had to be closed off for a short while three times so that the new portal could be installed safely. 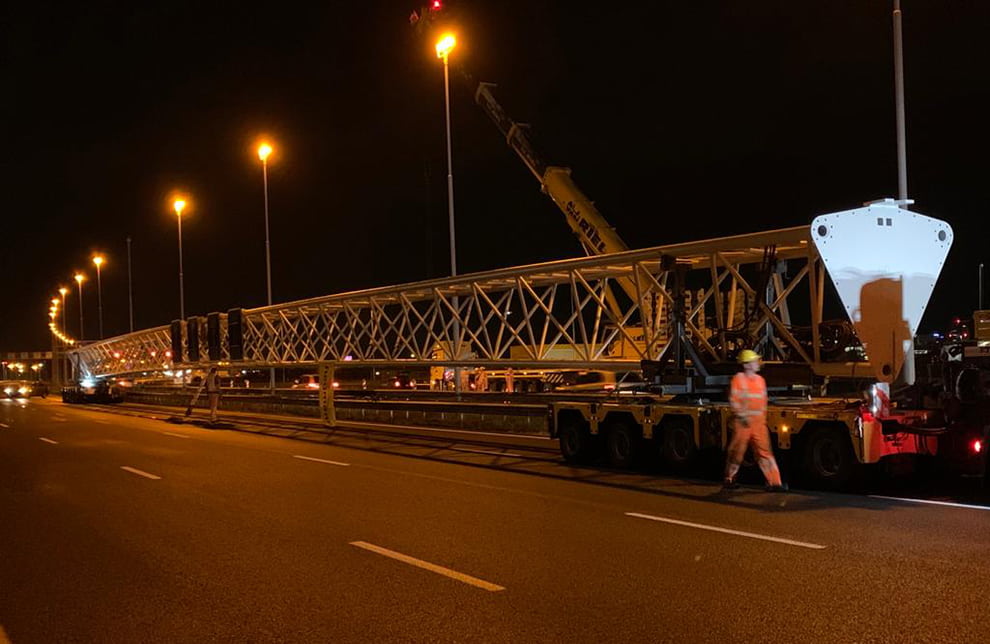 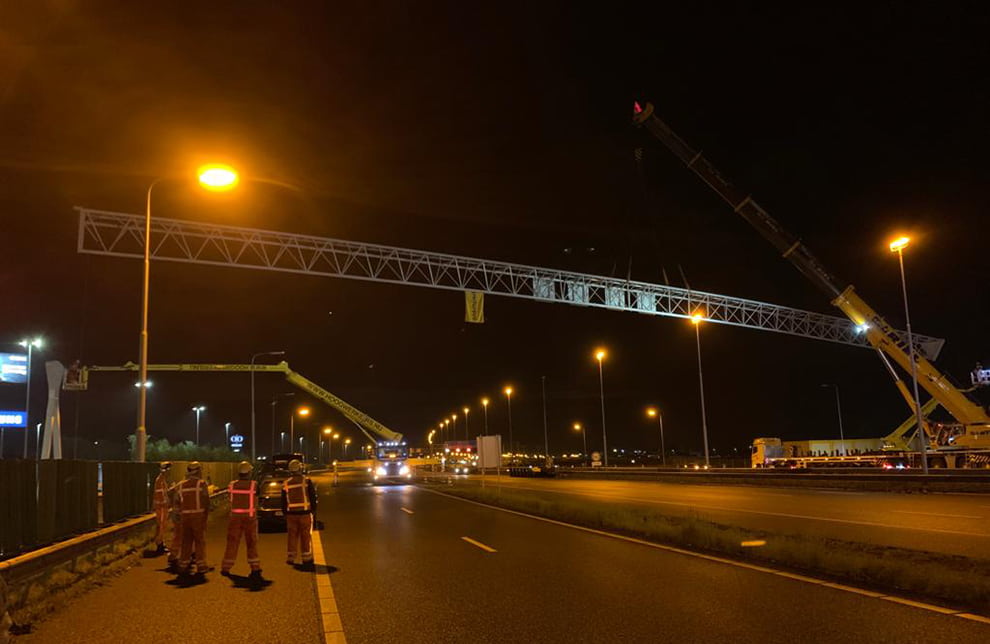