News: Phase 1 of the Uniform platform extension has been completed

On 12 November, six temporary buffer positions for remote holding at platform Uniform were taken into use. These positions are located on a new taxiway behind the existing platform. Their introduction marks the conclusion of Phase 1 of the platform extension project. 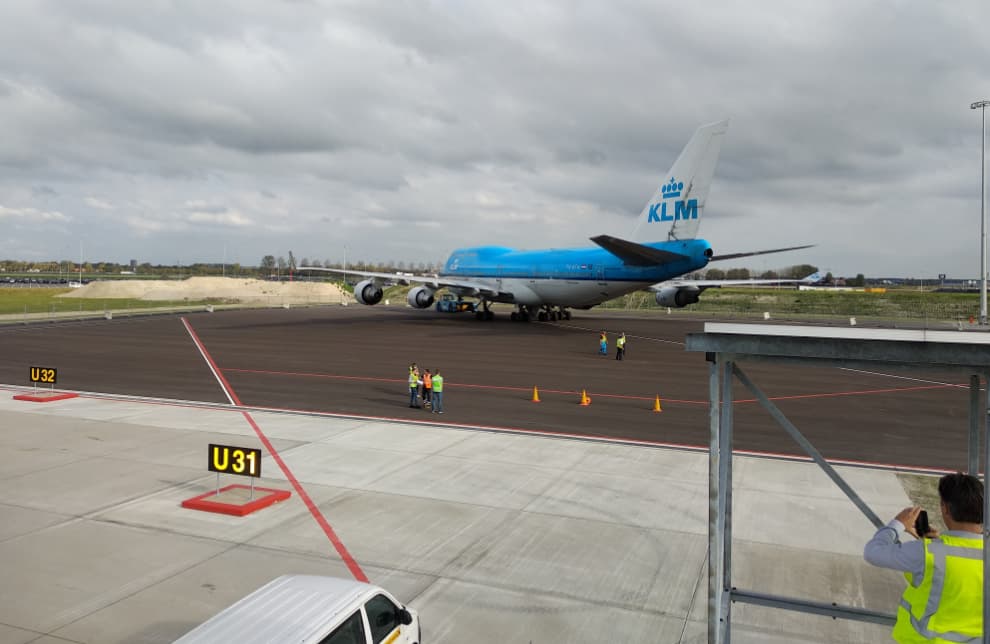 The extension of platform Uniform is being carried out in several phases. The now-completed first phase involved creating a situation in which the future taxiway can temporarily be used as a buffering location. This allows the capacity to grow from five to nine buffer positions. The future taxiway offers two rows of aircraft stands for three aircraft each. Two existing stands have been taken out of use and now serve as an access path.

During the second phase of the project, platform Uniform itself will be expanded, and the newly paved area will be used as a taxiway. Eventually, eleven buffer positions will be available in 2020.

Read more about the expansion of platform Uniform here