The P2 car park has come down. Its demolition was necessary to create the space for our new terminal, and it had to be removed before construction began. But the project involved more than just setting a wrecking ball on it, as you’ll find out below. 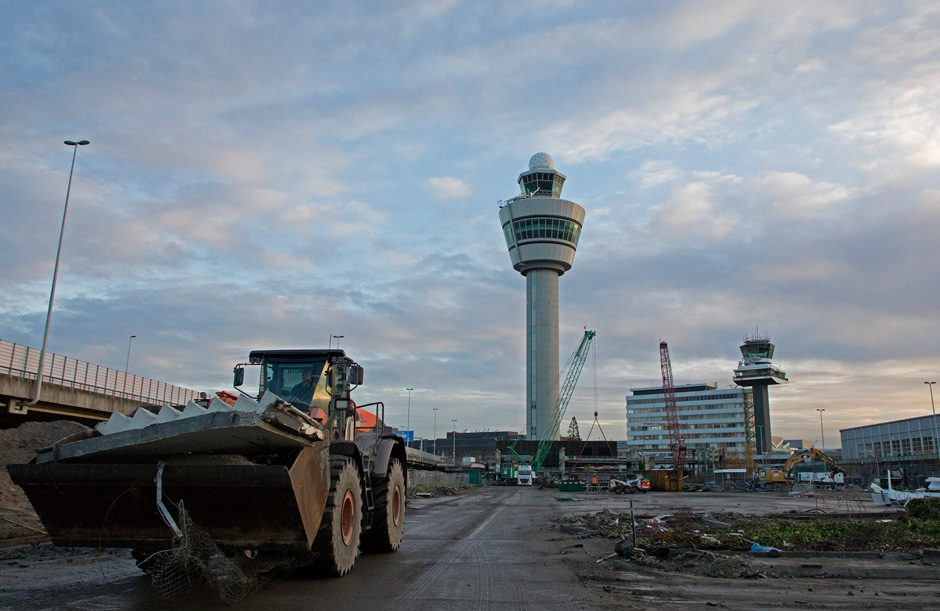 P2 was located between two major roads and our control tower, which meant that traditional demolition with a wrecking ball was not feasible. We carefully drilled out all 1,500 concrete slabs which made up P2, each weighing around 14,000 kilos. Cranes were used to lift the plates onto trailers, which were then transported to a storage location. A similar process was also used for the electric charging stations, entry ticket payment machines and barriers, which were neatly dismantled. You could say that the car park was ‘built down’ as opposed to ‘built up’.

Why throw something away when it can be reused? The concrete slabs from P2 were ground into concrete granules. Add in cement, and it creates the perfect foundation for a new platform, pier and even a terminal! The other things that made up P2, like lamp posts, barriers and other car park additions were taken to different garages around Schiphol, or will be reused in the replacement car park buildings. Virtually nothing ends up at the rubbish dump because the airport is aiming for an ongoing Zero Waste solution.

P2 was demolished before Christmas 2017, after which the location became a central building site. It’s the place where road diversions, a new pier and terminal will appear in the future – so a lot of change is going to happen at the airport within the coming years. The extra space is needed urgently, since Schiphol’s traveller numbers have grown. We want to ensure that you can easily reach your foreign destination today – and when we welcome you to the new terminal upon its completion in 2023.

A good trip begins with parking! A complete overview of all our parking options.