At the beginning of May, sixteen steel girders were dropped off on Schiphol’s doorstep. They were destined to form the frame for an open landing at the rear of the mezzanine floor in Departure Hall 1, on which a section of the upgraded KLM Business Class Lounge is to be constructed. The lounge has to be partially relocated to make room for the new security lanes being installed on the mezzanine. 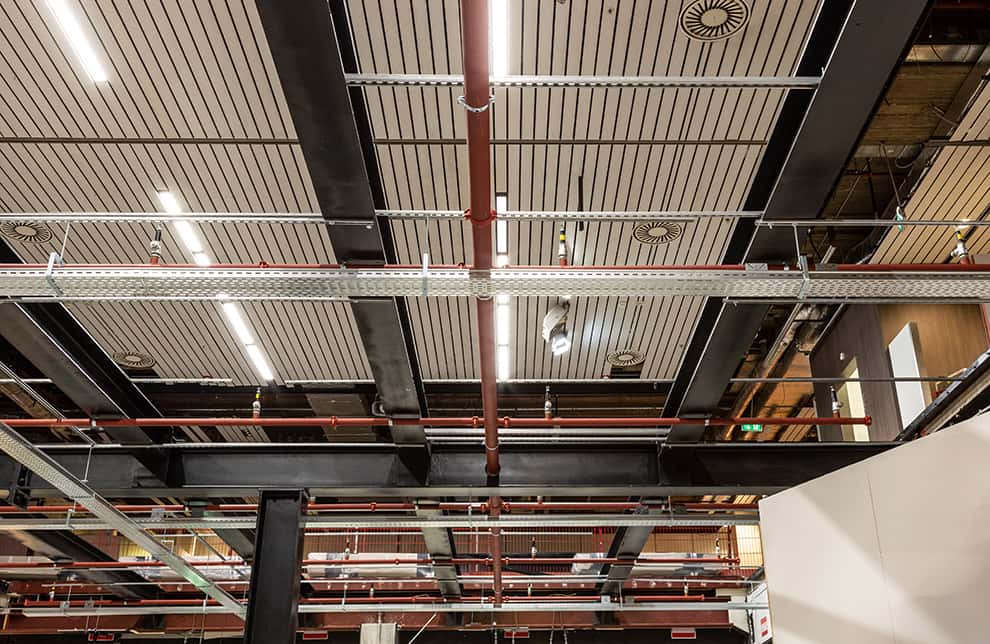 It has been a while since we have had such massive girders in Departures 1. The last time was back in November, when quite a number were hoisted into place to create the mezzanine itself. On this occasion, however, they had to travel a slightly longer route. A complicated but impressive operation. Watch the video to see how we tackled it.