While a lot of the activity at Schiphol slowed to a crawl during the lockdown, the work in and around Departure Hall 1 certainly did not. In fact, we had all the space we needed to carry out construction and renovation work, move things around and finish up the project – so we put our shoulder to the wheel. The drop in footfall even allowed us to complete some work more quickly than expected. Time for an update. 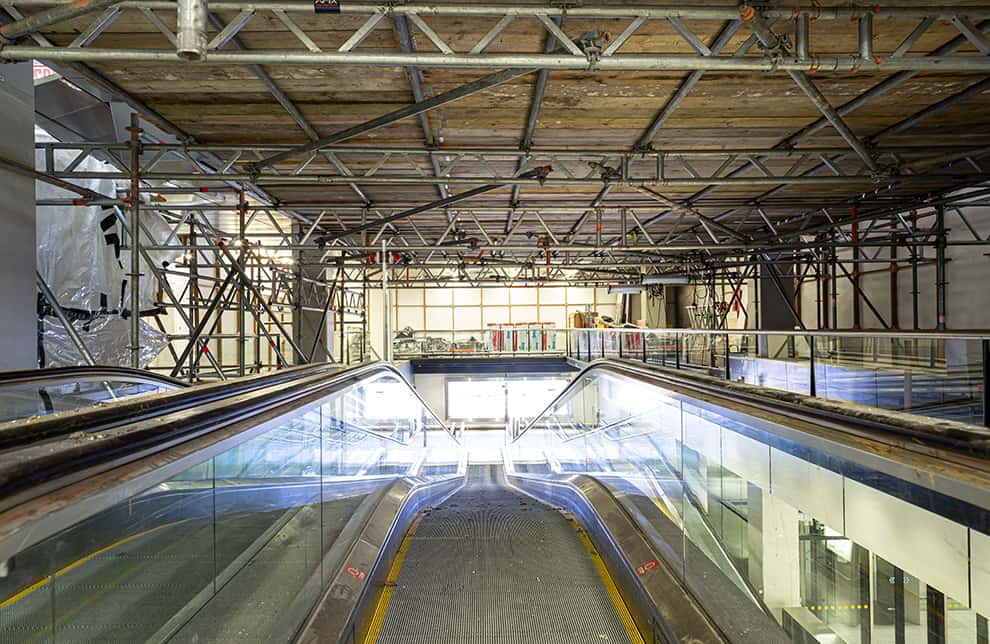 A bar with a view

The new café next to the Panorama Terrace on the third floor is almost finished, except for the furniture and the rest of the interior design. Unfortunately, the grand opening will have to be postponed until the number of travellers passing through Schiphol starts to pick up again. The same goes for the adjoining meeting rooms: the shell construction is finished, but the interior won’t be completed until things start going back to normal. We can’t wait to pick up where we left off!

Lounging it up in the KLM Crown Lounge Europe

To make room for the second-floor security lanes on the mezzanine, we’ve moved the KLM Business Class Lounge and improved the layout. We’re also happy to report that the seating area for KLM passengers is ready for use. Meanwhile, we’re still finishing up ‘back of house’, such as the kitchen area. Work on the lounge will be completed in July.

The new exterior of Departure Hall 1 is as good as finished, and you can already feast your eyes on the glass facade. To create more space, the new facade was constructed four metres further out than the old one. The new escalator has also been installed, giving passengers without hold baggage direct access to the mezzanine. The old facade is still standing, but not for long: it will be taken down this summer.

Until now, work on the mezzanine mainly involved tearing things down to make way for the new layout. The entire area, which is about the size of a football field, has been cleared, and we are currently laying the pipes and the new floor tiles. After that, the new-and-improved mezzanine can start taking shape.