News: Behind the scenes

These days so many handy things seem perfectly ordinary, like a door that opens when you hold a security pass to it. But in practice that can be a real challenge. Right now, in Departure Hall 1, we are installing and replacing no fewer than 250 access control doors. That’s a great excuse to share a bit of trivia. 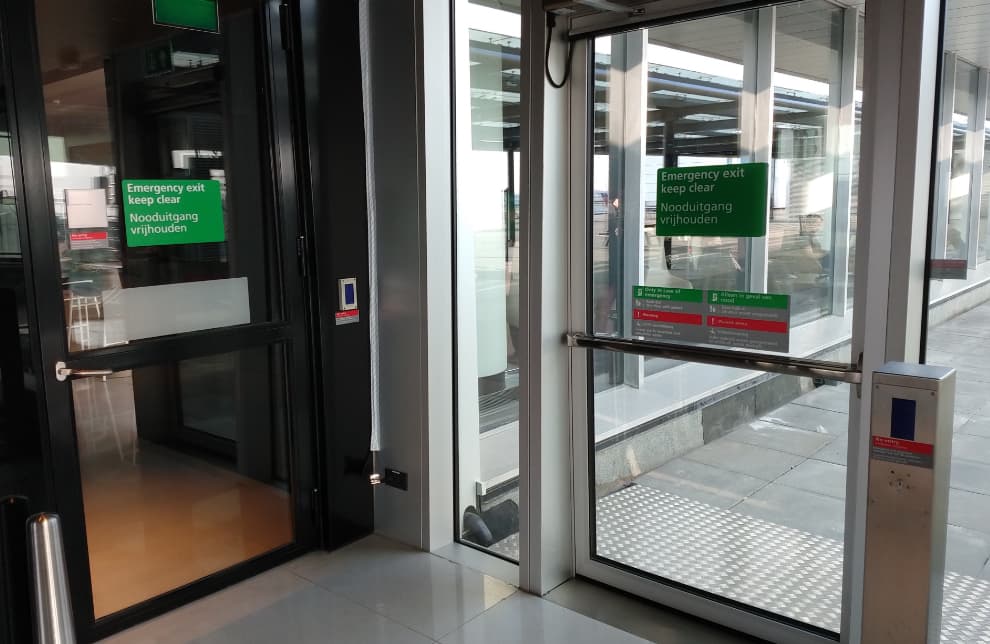 Controls in a departure hall – not least border controls – are crucial to keeping an airport secure, so a strict door policy is indispensable. The 250 doors in Departure Hall 1 take care of that, which makes all the roughly 4,000 hours of work that go into installing them worthwhile.