We have a 3, we have a 5, we have a 6b… and bingo! What’s this all about? Tenders of course! Tenders for the expansion and construction of the mezzanine floor, and for the lifts and escalators that will soon be taking passengers to Lounge 1. On 31 July, it was announced that Volker Wessels Bouw Schiphol and Engie had won the tender for work packages 3, 5 and 6b. 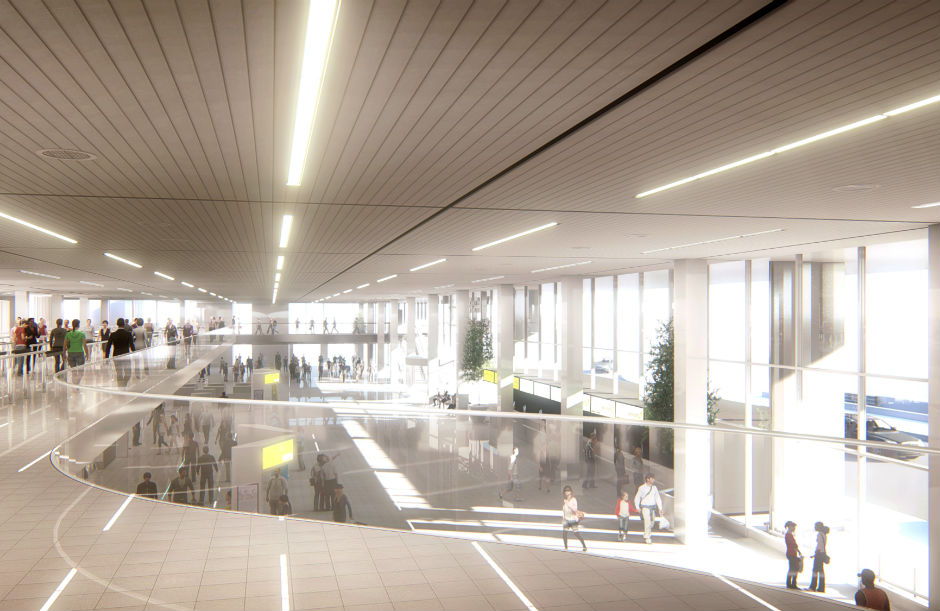 Who was awarded the contract?

Volker Wessels Bouw Schiphol and Engie are working together in a consortium called Operations First. This illustrates the most important aspect of the job for Amsterdam Airport Schiphol: keeping passenger inconvenience to a minimum. It’s intelligent planning that enables these contractors to minimise disturbance.

What are they going to do?

The stairs, lifts and expansion of the mezzanine floor mentioned earlier are not the only things the contractors have to worry about. The tender also includes making the existing security filter construction-ready, partially relocating the KLM Business Class Lounge, and constructing a toilet block and a PRM Lounge. A personnel and crew filter that can be entered from the Departures has to be built, too.

When will the work begin?

Volker Wessels Bouw Schiphol and Engie will be making a start on the expansion of the mezzanine floor this autumn. Most of the activities have been scheduled for early 2019.

More about this project