A new viaduct, an extension of Ceintuurbaan Zuid, will be built in front of the new terminal. The old road surfaces were removed in two large slabs of around 800 tons each and taken away. They were cut loose and moved using a heavy hauler from Mammoet. It took 2.5 hours to move the roads and the entire operation ran smoothly. See how it all worked out. 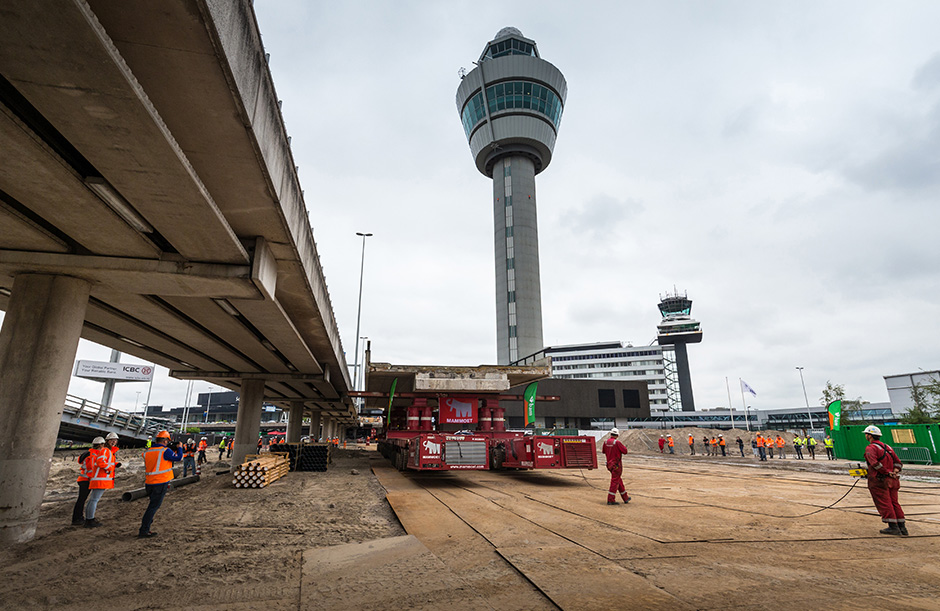 Construction of a new viaduct

The old road surfaces were taken away to be scrapped at another location, due to their proximity to the busy Control Tower, Royal Dutch Marechaussee, taxi, bus and pedestrian zones. Schiphol can now continue to lay cables and pipelines now that the roads have been removed, before laying foundations and pile-driving begins on the new viaduct.