Written by Dirk Bresser and Simon Prent : Single-Engine Taxiing; wouldn't it be better? 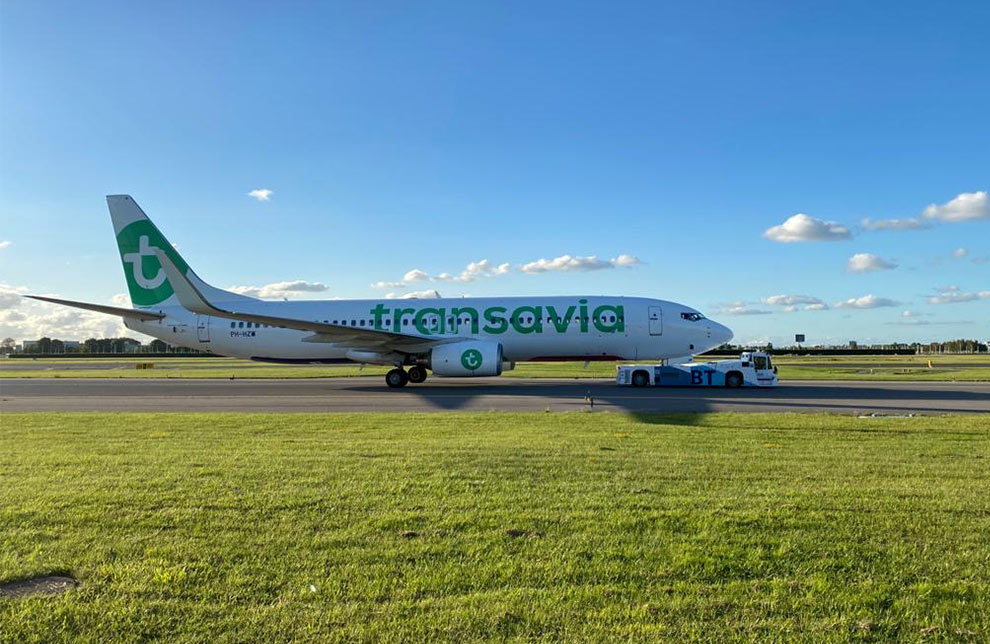 It sounds logical. A twin-engine aircraft will generally have more than enough power to move away from a stationary position using just one of its engines. So Single-Engine Taxiing (SET) might seem like an obvious way to save fuel. And yet not all airlines and types of aircraft currently do it. There are several reasons for that. The most important of these is that the savings are limited and there is also the risk of a jet blast.

If you search the internet for ‘Sint Maarten Airport blast‘ (try it now!), you will find videos of plane spotters being blown across the beach - or only just managing to hold on. This is due to the blast from aircraft engines. Whenever an aircraft lands or takes off, a blast is inevitable and in general runways are designed to accommodate this. But on Sint Maarten this was not possible due to the lack of space - and the beach located right behind the runway is very popular among tourists. But jet blasts are underestimated at your peril, as you can see in all those videos.

There is also a blast effect during taxiing, although it is not as powerful as when the aircraft is taking off. Unlike taking off or landing, taxiing often occurs in the vicinity of passengers, employees and unsecured objects. This can lead to hazardous situations if the blast is too powerful. The risk therefore has to be minimised while starting up the engines and taxiing.

To cut a long story short, to achieve this, most airlines set the maximum thrust percentage at 40% of total capacity per engine during taxiing. Airports are designed to be a safe places to work and visit, but this depends on only 40% of the engine’s thrust being used during taxiing. An aircraft that taxies using both engines can easily keep below that limit. But if you were to turn off one engine, the remaining engine would need to use much more power. Particularly when the aircraft moves away from a standing position, the so-called breakaway thrust would need to exceed the safe level of 40%. So whether or not Single-Engine Taxiing is feasible depends on how difficult it is to get the aircraft moving. If the aircraft is on a gradient, and especially if the aircraft is relatively heavy, there is a higher chance that too much power would be required. This is the reason why Single-Engine Taxiing is used more frequently by arriving aircraft than departing aircraft. Departing aircraft are heavier because they are fully laden with fuel.

The start-up procedure and effect on manoeuvrability

As if all that wasn't complicated enough, there are other reasons why Single-Engine Taxiing is not used as standard. We are not going to discuss all of them here, but we will touch on a few of them.

For some aircraft, including the Boeing 737 (which is the most common aircraft at Schiphol), there is no generic procedure for starting up an engine while taxiing. These aircraft have to start up their engines while they are stationary, whether this is before or after taxiing, and that requires time and fuel. But again, the situation is simpler for aircraft that are arriving. They can turn off their engines while they are moving. Taxiing on one engine also has an effect on the manoeuvrability of the aircraft, because it means that the thrust is delivered asymmetrically. With the left engine running, for example, the aircraft will automatically veer to the right when power is applied. Suppose the pilot needs to make a sharp left turn, particularly from a stationary position, that could lead to slippage on the nose wheel. Because of this, many pilots choose not to taxi on one engine if they are taking a route that they do not know well - either because they are at an airport that is new to them or because there is no standard routing for aircraft at the airport.

*The Airport Traffic Ruling at Schiphol requires pilots of three and four-engined jet aircraft to switch off at least one engine after landing as they leave the runway. This applies unless the pilot considers this unsafe or operationally impossible. *

In short, whether taxiing on one engine is possible or not will depend on: - The airline
- The airport
- The route at the airport
- The type of aircraft
- The nature of the flight
- The pilot

Some airlines claim to taxi 80% of incoming aircraft on a single engine. Although the percentage for departing flights and for other airlines is lower, this procedure is also used frequently. But compared to sustainable taxiing, the savings are modest.

For sustainable taxiing, we calculate savings at ground level of 50% to 85%. We estimate the maximum savings for Single-Engine Taxiing at around 30%. The reason for this is the following. We have already written about the warm-up time for the engine and the use of an Auxiliary Power Unit (APU). The same mechanisms apply here. As a result, despite the fact that power consumption is halved, the savings are not 50% but 30% per flight at most. And this only applies to longer taxiing times. For average taxiing times, the economies will be even lower. At the airport level, the savings will therefore be much lower, since not all airlines use this method for all flights.