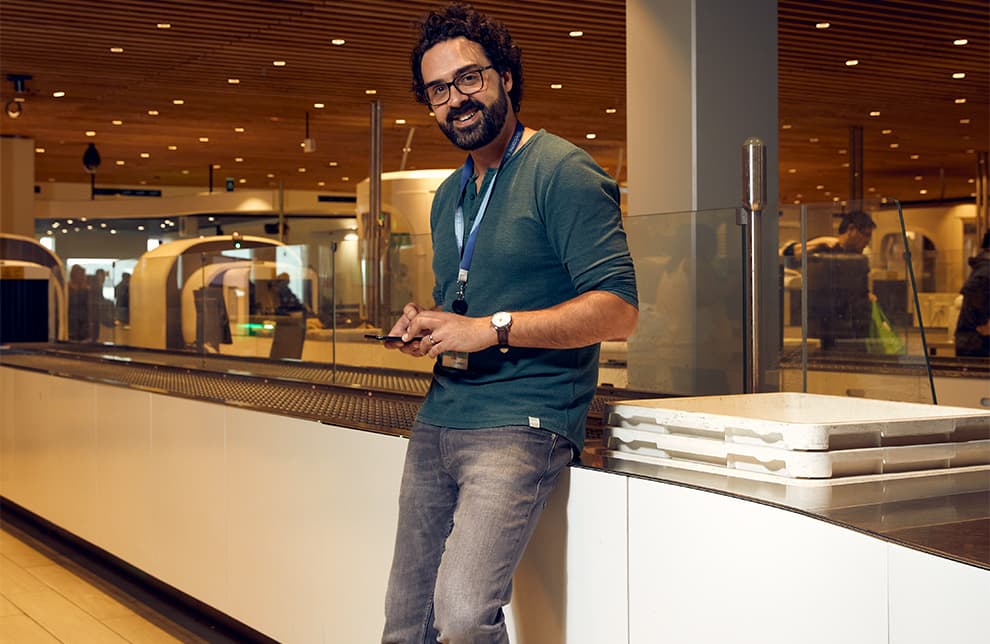 ‘Occasionally, there are more travellers at the security filters than security can cope with. This results in long queues. Although these peaks may not last long, it’s not a pleasant experience for travellers. Research shows that many people arrive too early. If they went through the filter half an hour later, they would still catch their flight. But how do you persuade them to do that? We wondered if it would work if you offered travellers timeslots when things get busy. You ask them to arrive slightly later, guaranteeing that they’ll then be able to walk straight through in one go. We tested this at Eindhoven airport last summer. There was a very enthusiastic response from travellers. Almost everyone wanted a timeslot and almost everyone kept to it. We will now continue this at Schiphol. The first place will be passport control for transfer passengers, between Lounges 1 and 2.’