There’s a whirl of winter storms at Schiphol! First there was Corrie, then Dudley and on Friday 18 February, Eunice raged through the airport. Flying in strong winds is a challenge, especially when landing. But it does make for spectacular scenes, like the ones of the Buitenveldertbaan Runway during Storm Corrie. Pilots are well trained to fly in these conditions. And at the airport, we know exactly which precautionary measures we need to take to withstand Storm Eunice. Do you, as a traveller, know what to expect?

Boarding a plane when there’s strong winds, or bracing yourself for a stormy landing can be a little nerve-wracking. But you can always rely on the pilot and crews; they are committed to making your journey as comfortable as possible. The aircraft and all safety systems at and around the airport are intended to ensure that your flight can take off and land safely.

Stormy weather may mean that your flight is slightly delayed and departs later, when the wind conditions are better for a safe take-off. This also works the other way round. If the conditions for landing are more favourable at a later time, your return flight may be delayed. You may also have to fly in a holding pattern; sometimes, several attempts are needed to land safely. If the wind is too strong, your flight can be sent to an alternative airport. 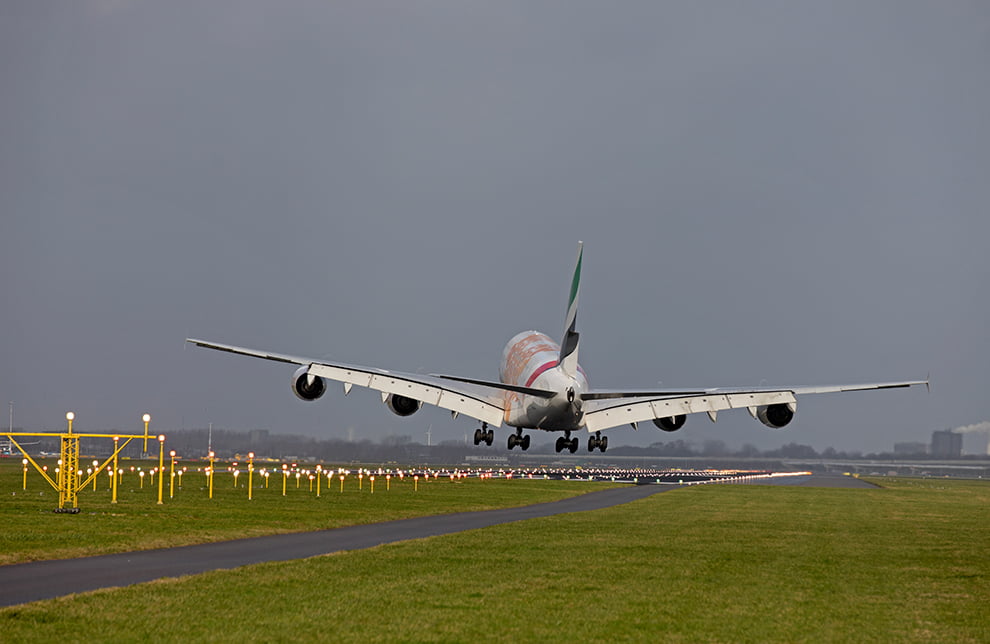 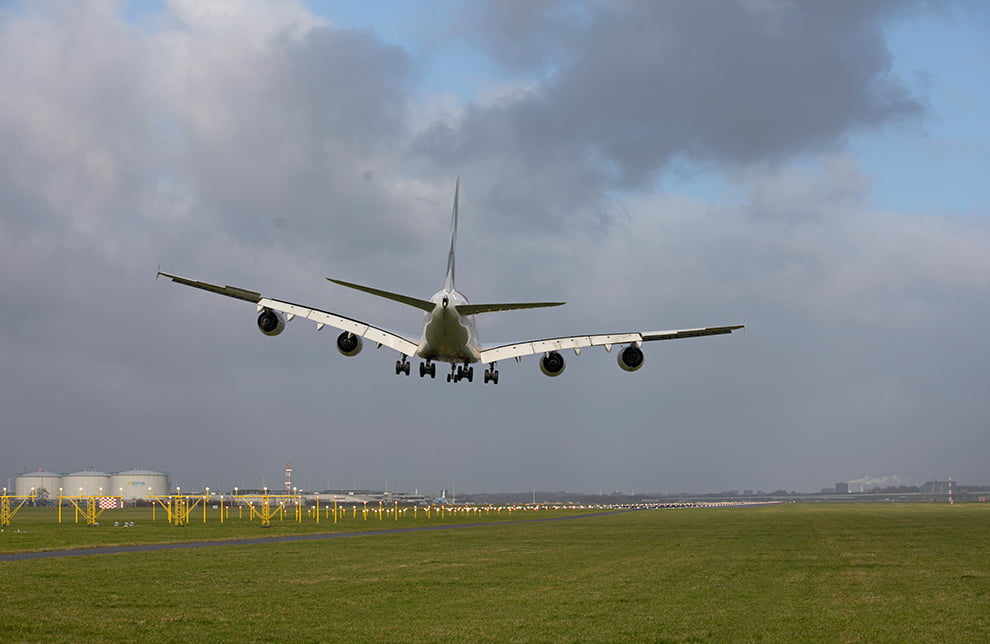 Nose in the wind

Aircraft generally take off and land facing the wind. During a storm, the nose of the plane is directed towards the wind as much as possible. The pilot then straightens the nose when the plane is close to the runway. At the same time, the pilot lets one of the wings tilt downwards a little, making the plane a bit lopsided. This is to prevent the wind from getting under the wing and blowing the aircraft away.

At the airport, we take precautionary measures against storms. We check that there aren’t any loose objects or materials on the apron, we temporarily suspend maintenance works and Schiphol is only available for redirected flights in case of an emergency. During Storm Corrie, we parked the planes with their noses facing the wind for safety. Taking such measures can mean that your baggage is taken off the aircraft a little later. The safety of travellers and colleagues in the plane and on the apron is always top priority.

Flying to or from Schiphol on Friday 18 February? Check the latest flight information or get in touch with your airline.