Adding even more sparkle and a magical golden touch to the festive season, the first-ever Dior Christmas Tree made its glittering debut at Amsterdam Airport Schiphol at the end of 2017. Outstandingly elegant and eye-catching, it attracted a huge amount of attention in the heart of Lounge 2 from the beginning of November until the 31st of December. 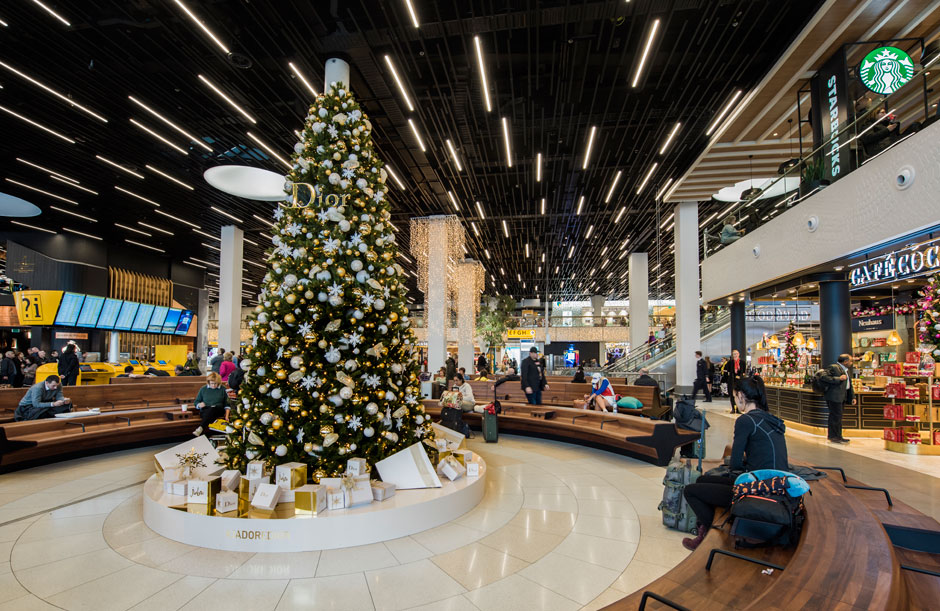 To make the most of its appeal, Dior also opened a glamorous pop-up store opposite of the Perfumes & Cosmetics store in center of Lounge 2 from the 1st to the 31st of December.

A golden opportunity for on-trend promotion

The Dior campaign mainly focused on Lounge 2 of Schiphol Airport since a high number of transfer passengers from both Schengen and non-Schengen destinations pass through here. Most deluxe products are available for purchase in Lounges 1 & 2, although most of the revenue generated was in Lounge 2 where travelers had the opportunity to try product samples at the pop-up store and in the Kappé Store. The enthusiastic responses from customers showed how Dior’s breathtaking Christmas tree, the promo point and the in-store promotion formed a powerfully attractive combination.

The map below shows the media that Dior used in its Christmas campaign. 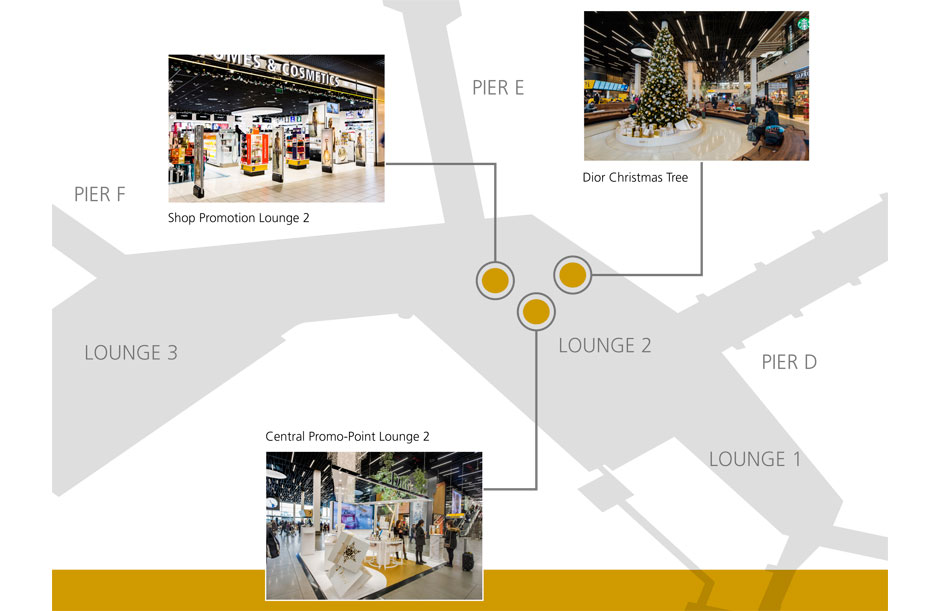 To get a better insight into Dior’s successful performance during the festive season, it’s worth comparing the sales results of November and December 2017. As illustrated on the diagram below, the perfume & cosmetics brands in Lounge 2 showed an average sales increase of 5% overall, while Dior on its own achieved a substantial growth of 54%. Dior’s in-store promotion and the Promo Point in Lounge 2 therefore clearly served their intended purpose by stimulating sales during the promotional month. 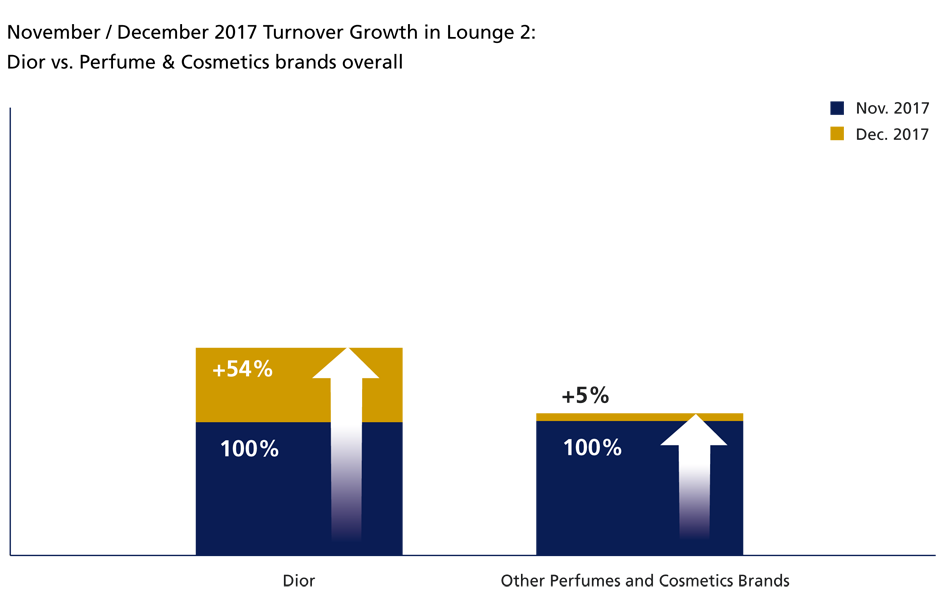 The stunning Dior Christmas tree in Lounge 2 was an unmissable sight in November and December 2017. It captured the attention of millions of passengers, including some highly influential models and bloggers who were traveling via Amsterdam Airport Schiphol.

As soon as the tall, sparkly tree was installed in Lounge 2, people started photographing and writing about it. Thanks to social media, the Dior brand name and its characteristic image were transmitted all over the globe, with a huge number of posts on Facebook, Twitter and Instagram. 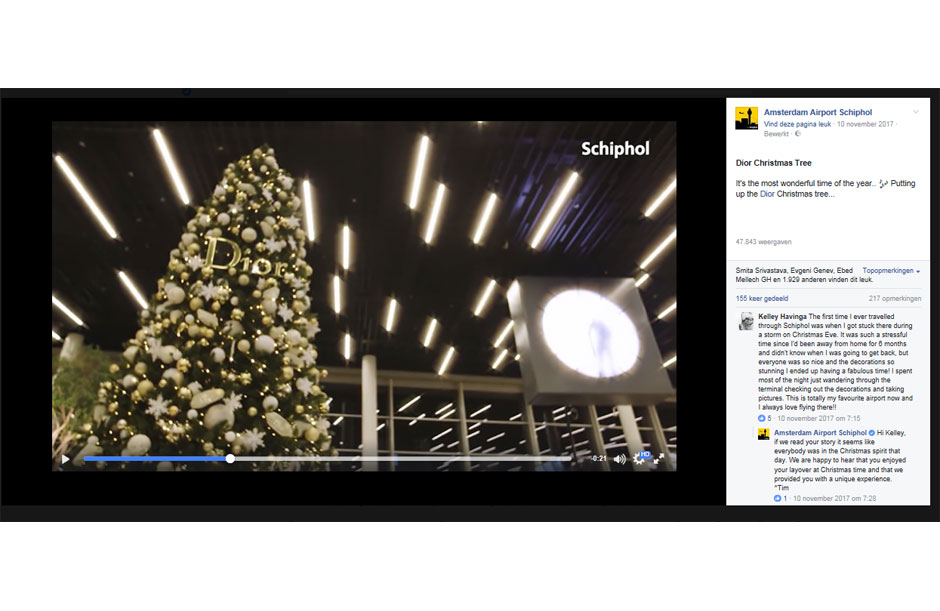 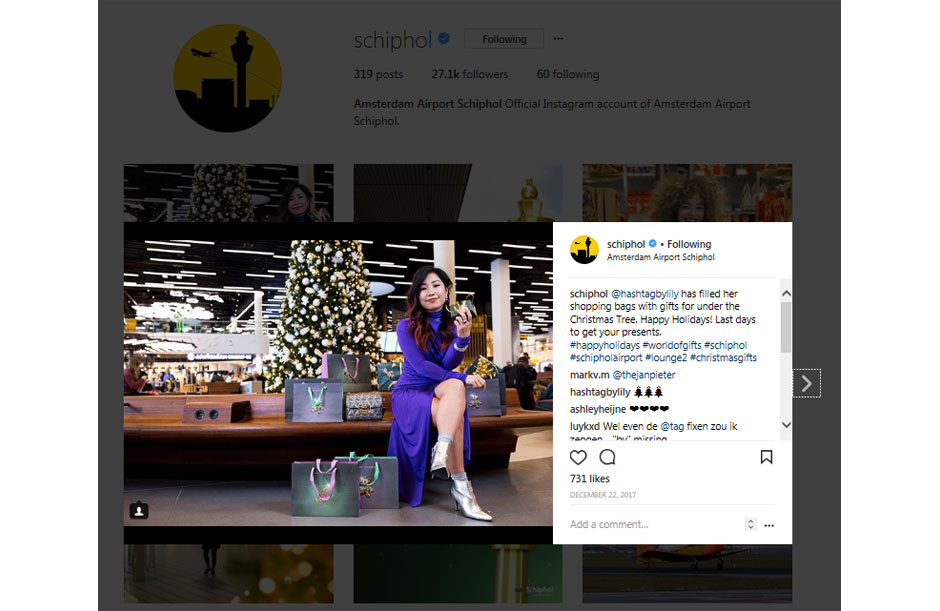