News: Tapping into the Crocodile Inside

How does one of the world’s most recognisable brands continue to build its salience and desirability? For Lacoste, the answer is a new campaign, #crocodileinside, in which the iconic crocodile takes centre stage. The goal? Demonstrate the Lacoste values and spirit: tenacity and elegance in every circumstance, and freedom of movement above all else. 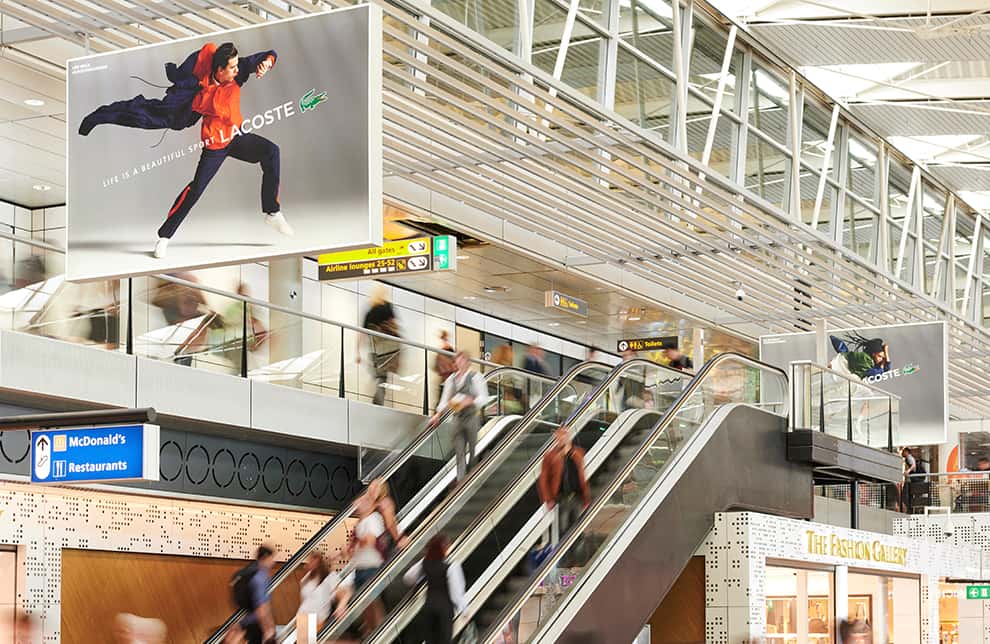 Style on the move

The campaign introduces the new Lacoste Motion collection, which is specifically designed for urban travellers. And what better place to attract travellers than some of the busiest airports in the world? So during the campaign, Lounges 1, 2, and 3 will introduce travellers from around the globe to the line of apparel that combines innovative techniques with elegant cuts.

The step towards Schiphol

The global campaign started at the end of May, in connection with the start of the 2019 Roland-Garros Tournament (the world-famous ‘French Open’). Lacoste’s historical partnership with the event, and company’s tennis-champion founder, make the French Open and its 520,000 spectators the ideal kick-off for a campaign.

But to reach a new, international audience this year, Lacoste chose Amsterdam Airport Schiphol as the place to continue its growth. Already active in airports in Paris, Dubai and London, Lacoste saw that Schiphol was the natural choice to not only reach Dutch fans, but expand its reach throughout Europe.

Preparing for the win

Lacoste compliments Schiphol Media for their cooperation and support. Their selection of the most isolated and salient billboards in the lounges and attention to detail during campaign preparation gave the Lacoste team confidence in a successful result. When final numbers are available, we will share them. In the meantime, Lacoste is already considering a similar campaign at Schiphol next year, to get the team back together again. Ace!